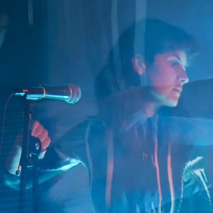 Drain the last dregs of summer from your cup by pedaling around the L.A. River or listening to futuristic dance pop or watching an opera about about a Gypsy who sashays into Seville.

SIP: Los Angeles Beer Week
Put on your drinking pants, folks: L.A. Beer Week is back. The 11-day citywide suds fest will feature a blowout tasting bash at Union Station, specialty samplings, lectures, a musical beer crawl through Echo Park, and even “Brewers Karaoke,” which is exactly what it sounds like. More information (Through September 29; various locations)

SEE: Carmen
The opera about a Gypsy who sashays into Seville has been pleasing crowds since its Paris debut in 1875. The tunes are infectious; you’ll be belting out “Toreador Song” while navigating rush hour traffic. More information (September 21-October 6; Dorothy Chandler Pavilion)

PEDAL: Made in L.A. Ride III: L.A. River Edition
Visit Grain Surfboards, the Kruegermann Pickle Factory and bicycling apparel design company Swrve on a bike ride along the L.A. River. The trip in and around Cypress Park will highlight places that manufacture goods in L.A. More information (September 21; Cypress Park)

SEE: Petting Zoo with Micol Hebron
Cuteness is king on the Web, but here’s an interactive performance that brings memes to life. Hebron will unleash a flurry of fuzzy animals for audiences to cuddle as he lectures on the allure of everything adorable. More information (September 22; Armory Center for the Arts)

CELEBRATE: The 75th Annual Mid-Autumn Moon Festival
There will be plenty of moon cakes filled with sweet lotus paste at this annual fall celebration of the harvest. There will also be bands (curated by Kevin Bronson of Buzzbands.la), art gallery openings, craft workshops, and cooking demos. More information (September 21; Chinatown)