Home Uncategorized 10 Things to Do on the First Weekend of 2014: Patton Oswalt,... 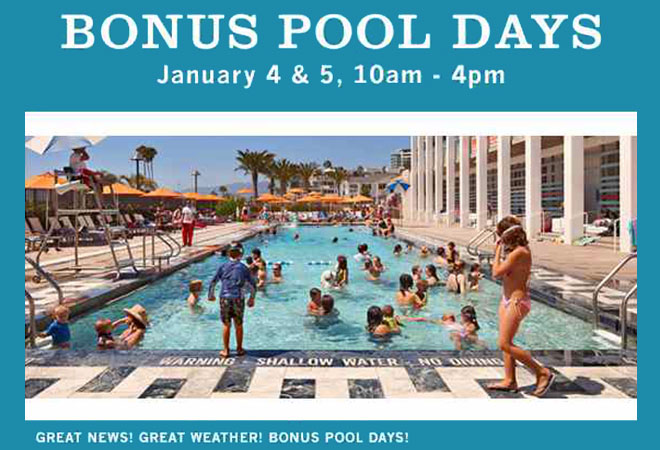 It’s a slow weekend in Los Angeles as we recover from New Year’s Eve and a month of wanton dining, spending, and boozing. But there are still a few fun things to do.

LAUGH: Patton Oswalt & Friends
While Jon Brion’s variety shows helped put the venue on the musical map, comic Patton Oswalt is Largo’s latest ambassador. At his recurring show, the funnyman embraces his inner nerd as he performs with an ensemble crew. Maybe he’ll do his Tommy Wiseau impression. More information (January 4; Largo at the Coronet)

SWIM: Bonus Pool Days
While the East Coast braces for a blizzard of epic proportions, Angelenos can glory in 80-degree temperatures. It’s not nice to gloat but we can celebrate with a little splashing around. No reservations required. More information (January 4-5; Annenberg Community Beach House)

HEAR: FOMO Fest 2014
Up-and-coming bands like Avid Dancer, Bogan Via, Fever the Ghost, and Hindu Pirates, many of them local, play the Fear of Missing out festival. Catch ’em now so you can say you heard them way back when. More information (January 3; The Echo)

RUN: New Year’s Race: Los Angeles at Night
This 5K and half-marathon kicks off in the evening at Seven Grand and winds through downtown ending at Staples Center. More information (January 4; downtown L.A.)

SEE: Bob Baker’s Holiday Spectacular
The holidays may technically be over but that doesn’t mean the puppet fun has to be. The theater that 89-year-old Baker founded in 1960 lives on thanks to enthusiastic puppeteers—and even more enthusiastic audiences. More information (Through January 5; Bob Baker Marionette Theater)

HEAR: 28th Annual Elvis Birthday Bash
Get all shook up at a celebration of the King’s life and music featuring 1960s soul-pop queen Ketty Lester, poet and songwriter Rod McKuen, and the South Bay Surfers—but probably not the Elvii of El Segundo. More information (January 5; The Echo)