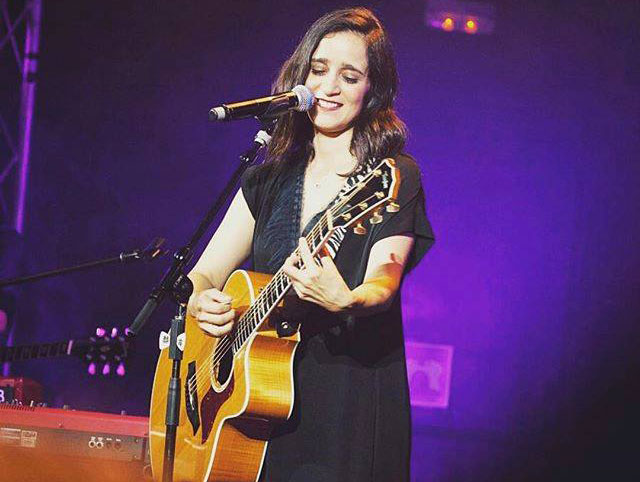 MUSIC: Heather Nova
Singer songwriter Heather Nova first came to our attention in the early ’90s with the single “Walk This World” and her unique live shows. She has been steadily putting out albums ever since and is on tour to support her ninth release, The Way it Feels, out last year. More information (April 21-22, Hotel Cafe)

FILM: The Thing
An alien infects the inhabitants of an Antarctic research station. The 1982 cult hit (gross-out midnight-movie fare) is, according to director John Carpenter, a metaphor for the mass hysteria during the early days of the AIDS crisis. More information (April 22, Nuart Theatre)

MUSIC: Sofar Sounds Malibu
With Sofar Sounds you know you’re in for a high-quality, intimate musical performance, but you don’t know where you’re going or who you’re seeing—until the day before the event. Members of a carefully curated guest list (a select number of seats are available for purchase—everyone else must apply for a ticket) are invited to a secret location for a night of live music. More information (April 23, secret location)

THEATER: Endgame
Existential angst has never been funnier. Octogenarian actor Alan Mandell directs and headlines this rendition of Samuel Beckett’s surrealist comedy, whose characters commune from inside trash cans. More information (April 24, Kirk Douglas Theatre)
ART: Agnes Martin: A Retrospective
Her precise grids, luminous pastels, and floating geometric forms suggest peaceful places, not unlike the solitary New Mexico studio in which she painted. The exhibition surveys the influence of the reclusive Martin, whose work countered the machismo prevalent in the art world of the 1950s. More information (April 24- Sept. 11, LACMA)
MUSIC: Julieta Venegas
The singer-songwriter started out in the early ’90s as a member of the borderland punk band Tijuana No! Since then she’s earned a bushel of Grammys for a sound that merges subtle pop flourishes with folk instrumentation. More information (April 22, The Wiltern)

ART: Let Me Be, Los Angeles
You can expect projection performance, dance, music, poetry and more at this psychedelic art party. Artists Gerry Fialka and Will Erokan depict the creative process in Los Angles through a wide variety of media, in what they deem “phantasmagoRIA” (“Resonant Interval Algorythmns”). More information (April 24, Beyond Baroque)

What’s On in L.A. This Weekend: This Ain’t No Picnic Fest, Meshed Realism and Sunday Supper at Caldo Verde

Black Restaurant Week, Free Concert at Grand Park and Other Great Things To Do in L.A. This Weekend