Home Uncategorized 10 Awesome Things to Do in L.A. on Labor Day Weekend 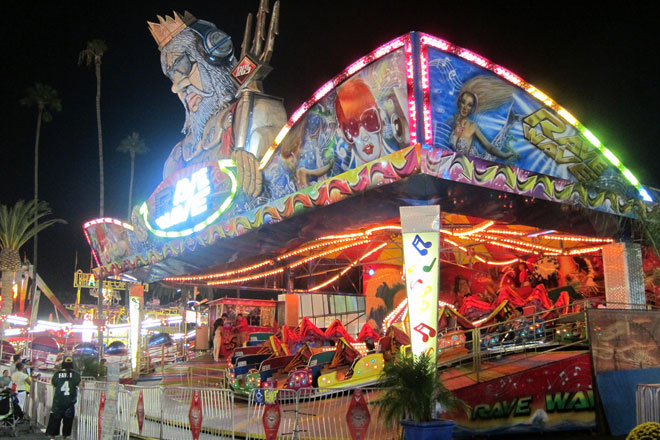 You have three days. Use them well. Because to paraphrase the Grail Knight’s warning to Indiana Jones, “Choose wisely, for as the true party will bring you life, the false party will take it from you.”

HEAR: Into the Night: The Wild Side
End the summer in style at this after-dark party featuring live music in the Skirball’s outdoor courtyard. Local artist Jenny O. will be headlining the evening, supported by many other L.A.-based acts. More information (August 30; Skirball)

SEE: Don’t Knock The Rock Festival
Why merely listen to bands when you could watch documentaries and other bits of cinematic ephemera bout them? Curated by Allison Anders, the fest includes movies about Lawrence Hayward of the band Felt and the Beatles’ devoted secretary as well as a screening of Cool As Ice. More information (August 30-September 2; Cinefamily)

HEAR: John Williams: Maestro of the Movies
The composer behind the famous themes for Harry Potter and Star Warsis joined by Julie Andrews in a tribute to director Blake Edwards and composer Henry Mancini. More information (August 30; Hollywood Bowl)

GROOVE: 20th Annual Brazilian Summer Festival
Groove to the rhythms of Rio and the beats of Bahia at a summer fest featuring a variety of Brazilian dances, capoeira demonstrations, and a performance by samba icon Jorge Aragão. More information (September 1; Ford Amphitheatre)

LAUGH: Comedy Central Roast of James Franco
Whether he’s sort of hosting the Oscars, presenting outlandish art shows, or guesting on soaps, Franco is no stranger to being a punch line. A TV special makes the peripatetic actor, filmmaker, and poet an official target of celebrity yuksters. More information (September 2; Comedy Central)