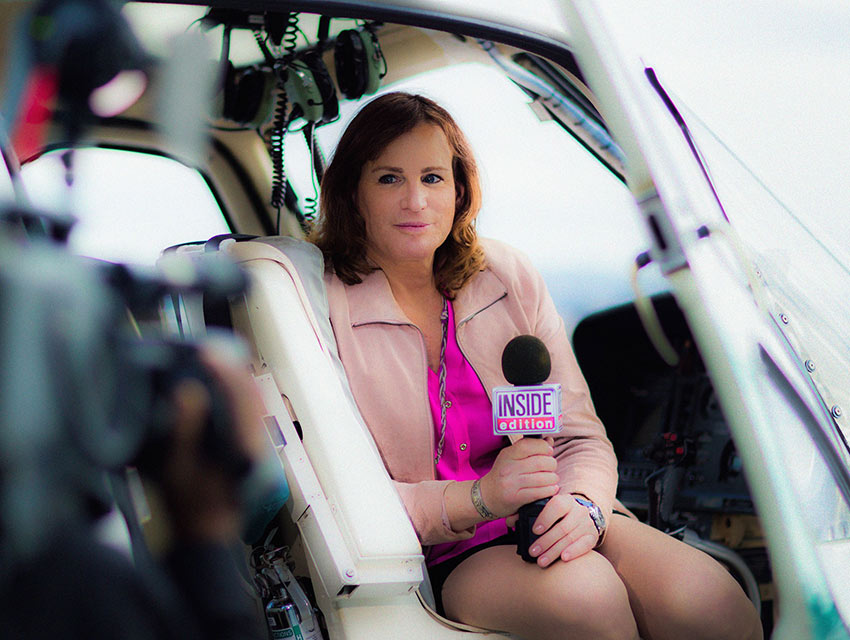 Twenty-three years after helicopter newsman Bob Tur reported above a riot-stricken L.A., Zoey Tur, the woman he became, has revealed to Los Angeles magazine that she’s joining KFI AM 640 as a weekend host.

Bob Tur’s struggle with gender dysphoria and his male-to-female transition was the subject of the long-form feature “Becoming Zoey Tur,” which ran in the January 2015 issue of Los Angeles magazine. Inside Edition hired Zoey as the nation’s first transgender on-air TV correspondent the following month.

Zoey, who has appeared on KFI programming in the past (including a recent segment on the John & Ken Show about Bruce Jenner’s gender transition), tells us her KFI show will cast a wide net, with discussions ranging from aviation to transgender issues and beyond. KFI has yet to confirm the hire.