Home Uncategorized A YouTuber Was Shot in the Leg Outside an L.A. Synagogue 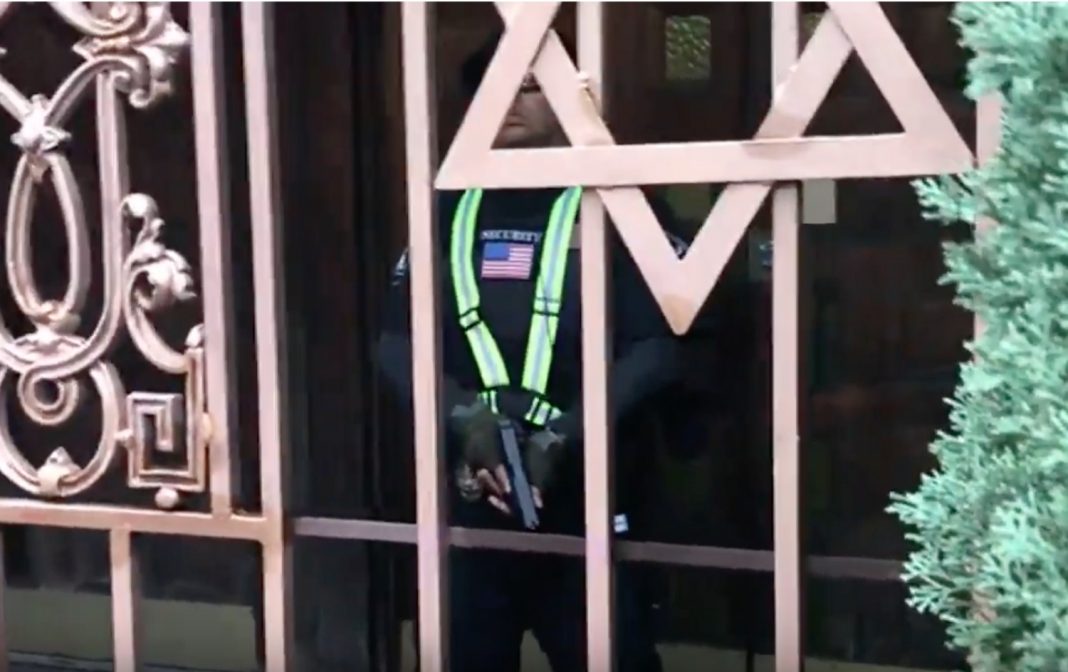 A transgender YouTube personality named Zhoie Perez was shot in the leg while livestreaming outside an L.A. synagogue Thursday afternoon.

Perez, who goes by the name Furry Potato on YouTube, was filming outside the Etz Jacob synagogue in L.A.’s Fairfax district. She appears to be shot by a security guard in the video below around the 4 minute mark:

Police responded to the synagogue at 12:24 p.m., according to LAPD spokesman Drake Madison. The victim was taken to the hospital with non-life-threatening injuries according to Madison.

On YouTube personality shot at synagogue: Victim is Zhoie Perez, YouTuber Furry Potato, says she suffered graze wound to leg. She is a “First Amendment Auditor” but was not doing that at time of incident.

In another video posted hours earlier, Perez stationed outside Etz Jacob and remarked on the wardrobes of Orthodox people passing him by. It’s unclear why she was fixated on staking out this synagogue in particular.

Around halfway through the video, a security officer begins filming the woman and following her with his hand on his holster. The video ends with Perez continuing to film the security officer from behind a metal gate.

According to a sign posted on Etz Jacobs’ metal gates, the synagogue is guarded by a firm called Swat Systems. But despite what YouTube commenters believe, the firm provides alarms, not private security.

“The guards have nothing to do with us. We’ve been getting threats all day,” a representative told Los Angeles. Etz Jacobs has yet to respond to requests for more information about their security team.

Perez was previously arrested in June of last year after making derogatory comments towards an African American U.S. Marine Corps recruiter. According to L.A. Times journalist James Qually, she identifies as a “First Amendment Auditor.”

“We are just trying to protect our First Amendment right to free press,” a friend of Perez told reporters at the scene.