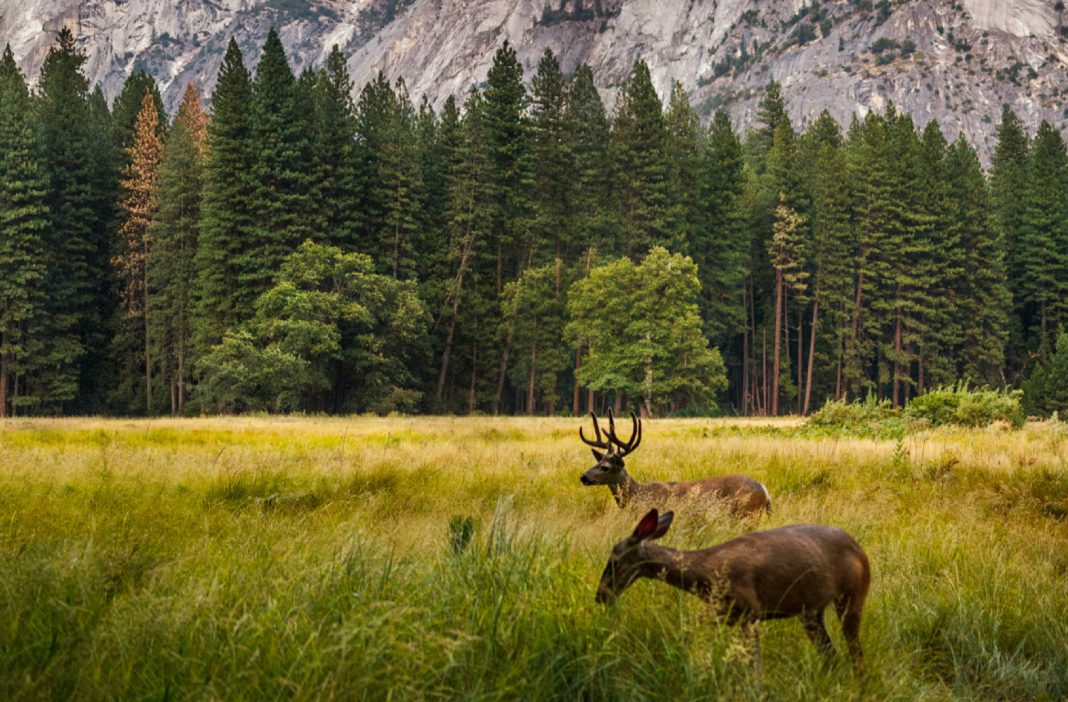 After being closed for two months, Yosemite National Park and other natural spaces around the country are seeing a return of wildlife unlike anything observed in generations. For California’s iconic Yosemite, it’s the longest full closure since the park’s founding—and bears, coyotes, and deer have reclaimed entire swaths of the park that for decades have seen more humans and cars than animals. Now, as authorities make plans for parks to reopen, they will be faced with balancing the desires of post-pandemic tourists eager to get outside with that rebounding natural life, the very thing the parks were originally established to conserve.

“If we could there before they open back up, we would actually probably experience, to a degree at least, what Yosemite was like in the 1870s and 1880s,” says Pomona College professor Dr. Char Miller, author of several books about National Parks, including the his most recent, Hetch Hetchy: A History in Documents, focusing on the creation of Yosemite.  “There aren’t any cars, the wildlife basically owns the place. It’s not perfect, but it’s pretty close to what it once was like.”

Miller says that World War II was the last time that park saw a sustained drop in tourism that lead to a similar resurgence in wildlife—but, he notes, even then the park was open to visitors and cars, they just came in smaller numbers. This is the first time since the park’s opening that animals have had this kind of opportunity to really spread back out to more developed areas of the parks.

“The reversion happens almost overnight. We leave, they enter,” Miller says, noting that nearly as soon as traffic to the park died down, animals began expanding their territory. When cars and people start rolling back down the roads, those wolves, bears, and other large animals will eventually retreat back to quieter areas, though there may be a transition period when man and nature attempt to occupy the same spaces.

“If I were a park ranger, what I’d be worried about, is that the longer that the bears, for example, are aware that this is now their space again. They’re not going to be happy when we come back. So I would imagine that bear-human interactions will be rough for a period of time,” Miller says. “And my bet is that we’ll see stories of park rangers having to shoot the bears. Not to kill them, probably, but to put them out, and then move them to safety away from us. Which is kind of ironic given these spaces are supposed to be preserved for nature and we just visit.” 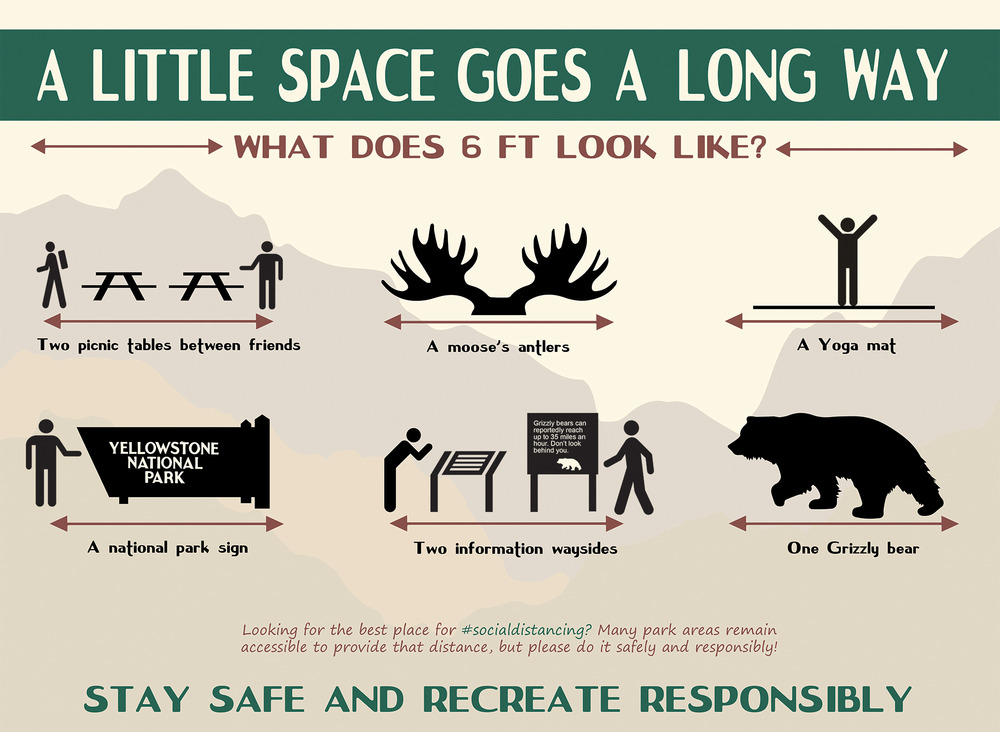 Even parks less known for their large animal populations are likely to experience a rocky return to typical visitor levels.

“Joshua Tree, the story there is the same. Joshua Tree gets almost 3 million people–that’s almost the same number as Yosemite–and it’s overrun [with tourists], because it’s a hell of a lot smaller,” Miller says. “That’s a place, I would say, where the gate needs to come down more frequently.”

Closing the gates to limit the number of people allowed to enter parks could be a key strategy to creating an environment that is safe and sustainable for both the plants and animals, as well as human visitors. Some parks already limit the number of passes or permits issued per day, and similar procedures could be expanded. Parks might cap the number of cars allowed to enter, reduce days or hours the public can enter, or restrict access to certain protected natural environments within the parks. But it will also take a change in how we use and think about these spaces.

“I think that if you convey that to the moms and dads, or the campers who come in, or whomever, that we’re trying to really show you a place that is so unusual, but that means you only get in at a certain amount of time. That there’s a conservation education opportunity right there,” Miller says. “The same would be true for the National Wildlife Refuge system, where the whole point is to be a refuge for wildlife, not for people. And that’s actually a good example. You can only walk in certain areas and the rest is given to the animals, and maybe we could think about that for places that are so overrun.”

Because the National Park Service oversees a wide variety of parks and facilities across the country, closure and reopening policies have differed. For those that did fully close, the protocols that will be in place upon reopening will vary, though the NPS has issued general guidelines, encouraging park-goers to maintain distance from strangers, plan to pack out all trash and objects they may have touched, and to avoid parks if they are feeling at all sick. Other than that, it may be up to individual park superintendents to gauge the best course of action.

“The National Park Service is working with federal, state, and local authorities, while we as a nation respond to this public health challenge,” wrote NPS deputy director David Vela in a statement. “Park superintendents are assessing their operations now to determine how best to protect the people and their parks going forward.”

Whatever policies are adopted, nature is having a strong season, and protecting and encouraging that could become one of the few positive legacies of the pandemic era–if authorities and visitors are willing to respect the parks and the wildlife that lives in them as something to conserve.

“If the goal is really to protect these natural spaces as they seem to have been at another time, then I would slow the numbers down. And it’s very easy to do. You just drop the gate,” Miller says.

RELATED: Gavin Newsom Explains What It Will Take to End Stay-at-Home