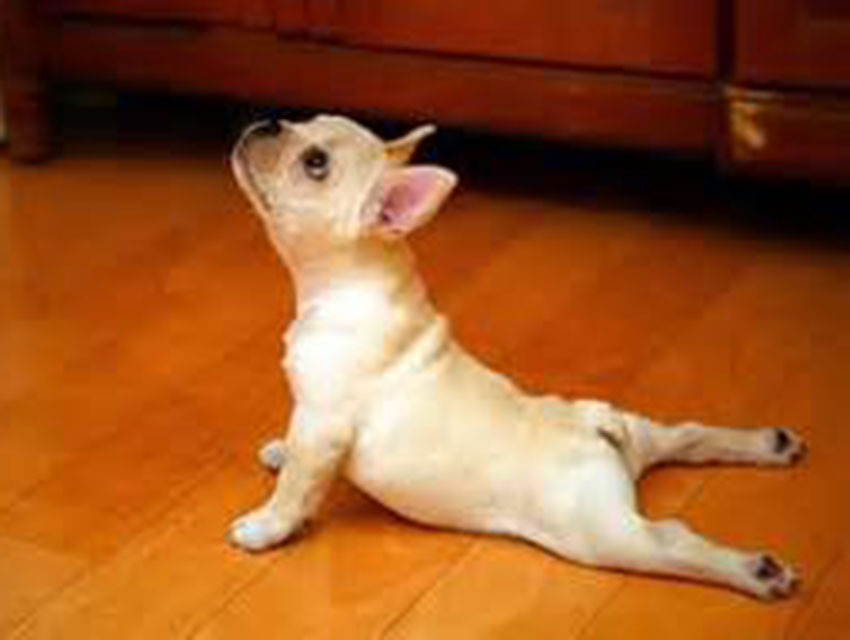 Like probably many Angelenos, I’ve been trying exercise every since day January 1. And so far, I’ve succeeded in this very L.A. pursuit! My prime means of working out has been yoga, which I do at a place on La Brea that’s blocks from my apartment. I’ve been to many yoga studios in the city and this one is not only convenient for me but the staff is friendly, the classes are challenging, and apparently a hunky Jonas attends, although I’ve yet to see him there myself.

I’ve run into other celebrities, though. I once stood next to an obscure MTV VJ. I’ve also struck poses with a British actor from Secret Diaries Of A Call Girl. A few times, a teacher who is also a former NFL player—and former Survivor contestant—was in my class.

But yesterday? Yesterday I did downward-facing dog with a really big star–like the kind who has millions of followers on Twitter and a reputation for being, let’s say, sensitive. Because I may seem him in class again, you’ll have to meditate on this clue only: He’s known for his past work on a hit HBO show and a former culinary obsession.

Here’s what working out with an A-lister was like:

I walked to class, as I always do, careful to avoid the rushing cars turning off of La Brea (an urban centering exercise, if you will). I entered the building, swiped my membership card, and darted for the locker room to stow my stuff. Ready for class, I headed toward the studio door, but someone’s fancy looking yoga mat and bag had apparently fallen off of a nearby bench and was now blocking the door. Some people have no manners, not even at yoga, I thought. But who am I to judge? I’m at yoga, I remind myself, Don’t be an asshole to an asshole.

With 10 minutes to spare I entered the large but mostly empty studio and claimed a spot at the center. I lied down in Shavasana, closed my eyes, and focused on breathing (OK fine, napping). People piled in—some quietly, some loudly—but I thought of nothing but who I owe emails to until the teacher began the class. So far, so great. When she announced the class would be 90 minutes—not 60—I winced. But still, so far, so good.

Later, when the class rose to Mountain Pose, I noticed a man in the row behind me, directly to my right, over my shoulder. It was the HBO celebrity in an oversized black T and long black shorts. Immediately, I started imagining how sweaty he was going to get because this was hot yoga and he was seriously overdressed. I also started to notice other eyes aware of his presence. The two people standing next to him, a small woman in front of me, and a very tall older man at the opposite end of the room were all looking his way via the mirror at the front of the room.

Distractions and yoga don’t mix. A celebrity distraction costs me the first half of a class, which I inevitably spend overexerting myself by sucking in various body parts and attempting to look relaxed yet challenged. That’s advanced-yoga hard to do. On this day, overexertion seemed especially necessary. This celebrity is macho.

At one point, the teacher guided the celebrity’s practice, as in, she touched him to improve his positioning. I audibly gasped; a few other frenzied bodies fell out of form to watch as she adjusted his Chair Pose Twist. What can I say, it was weird.

As the class continued I took pride in realizing I could do some poses that he couldn’t. There went my yoga manners again. At some point he took off his shirt. Om, I shouted to myself, trying to drown out other thoughts.

Then, around the 60 minute mark, just as we were transitioning from an abdomen cycle to bridge poses, the celebrity sat up, rolled his mat, and exited the scene. Just like that.

His absence was felt immediately: the tension in the room dissipated. Our self-consciousness subsided. The teacher took on a lightness in her instruction. We all could finally breathe.

At the end of class I gathered my belongings and marched up La Brea back home. Was that a good class? I asked myself. It certainly was not as mindful as it could have been, but I was energized from the experience. It’s not unusual to spot a celebrity around town, but to work out with one in a class for every day people? That’s a bizarre experience, even in L.A. Namaste.

Kyle Fitzpatrick is a writer, an infrequent performer, and a lover of dogs, art, shorts, champagne, and L.A. You can find his musings Fridays on CityThink. For more, check out his locally focused art, design, and culture website, Los Angeles, I’m Yours, or follow him on Twitter.