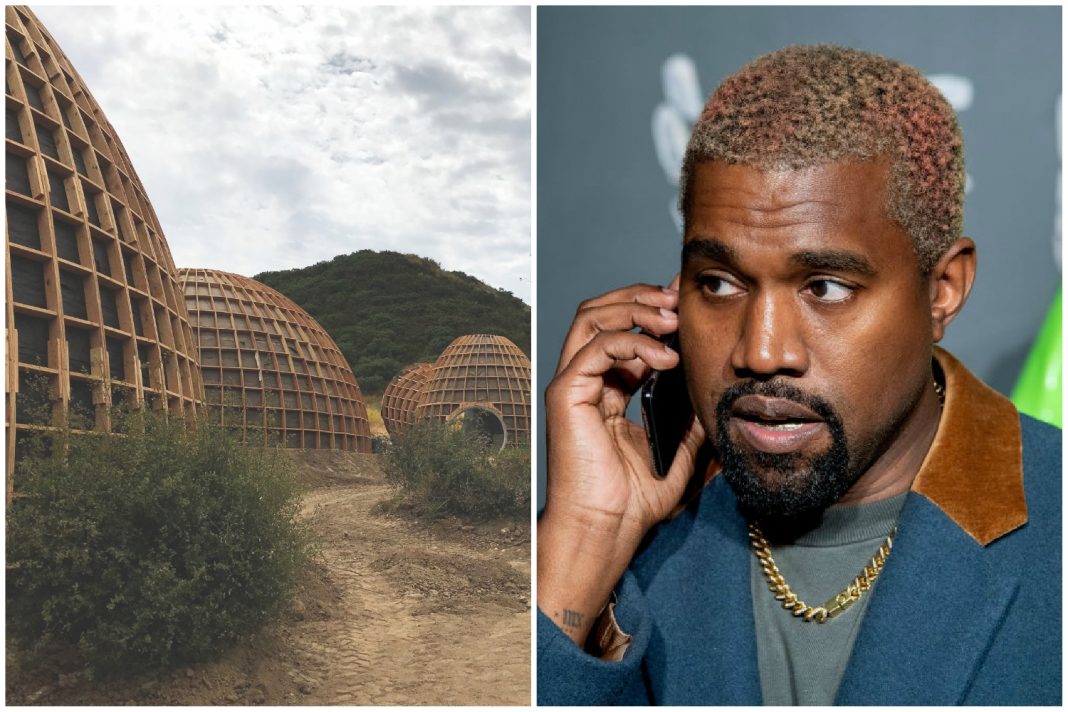 Kanye West has been forced to abandon his crusade to build futuristic homes for L.A.’s poor and homeless, at least for now.

The hip-hop impresario had spent much of the summer overseeing a team of architects from his Yeezy Home project as they constructed a series of structures on his 300-acre Calabasas estate that he hoped would eventually help ease the city’s growing housing crisis. But, at the moment, as TMZ reports, the dream is over. This weekend saw all but one of the structures—50-foot-high domes with underground living spaces based on Luke Skywalker’s desert domicile in Star Wars—torn to the ground.

West hasn’t explained his decision, but he had run afoul of building inspectors in late July when neighbors complained of construction on nights and weekends. While Kanye’s people said the structures were only temporary prototypes, one inspector deemed them permanent and gave Team Yeezy until September 13 to either obtain the proper permits or tear down the domes.

It seems West has chosen the latter.

Meanwhile, West just plopped down $14 million for a massive chunk of property in Cody, Wyoming, called Monster Lake Ranch. The wilds of Wyoming would likely be more tolerant of West’s humanitarian construction experiments, especially since he now owns 4,500 acres of the Equality State outright and is leasing another 4,500 from the federal government, though Kanye hasn’t said if he plans to move forward with his galactic do-gooding there.

RELATED: What Do We Know About Kanye West’s “Church” Services?