Home Uncategorized The World According to Denim 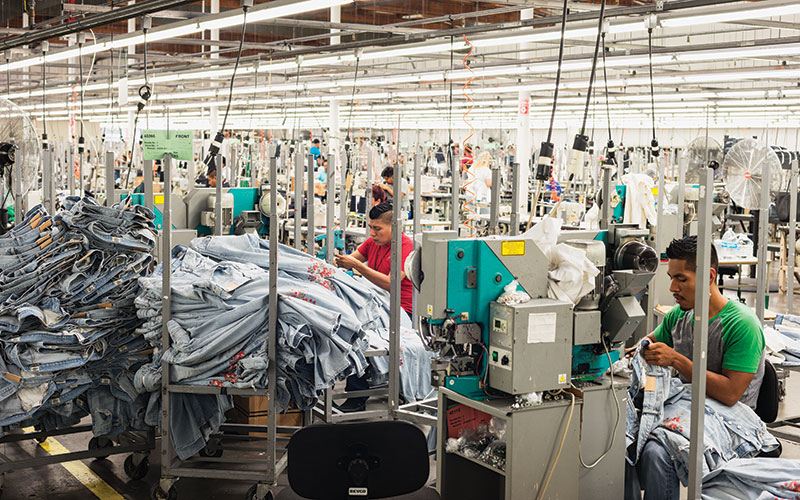 With 30 high-end manufacturers based in L.A. County, we are the denim capital, responsible for 75 percent of the world’s premium jeans. At Citizens of Humanity alone, up to 5,000 pairs of pants are turned out each day by the company’s 460 employees. These workers are a fraction of the more than 62,000 immigrants employed by the local clothing industry. The majority are Latino; the rest, primarily Chinese. (Inspectors from the L.A. County Department of Public Health conduct routine checks, looking for violations that can lead to sweatshop conditions.) From cutting to final pressing, it takes 48 steps to make a single garment, which will pass through more than 70 pairs of hands. We trace the journey of one of the city’s most coveted items.

Citizens of Humanity imports giant rolls of denim from Japan and Italy (which are also the sources of hardware such as rivets). After arriving at the Port of Los Angeles, the fabric is trucked to the company’s Gardena facility (above). It goes to the cutting station, where electric knives follow computer-rendered paper patterns.

One pair of jeans is composed of  15 to 16 pieces—from pockets to belt loops to rivets—with each part added by a different worker as the garment moves across the factory floor. The most difficult elements to sew are the waistbands, requiring a crew of at least five people to keep up with the daily output.

Finished jeans go to the company’s washhouse, 20 minutes away in Vernon. The pants are distressed using lasers, bleach, sandpaper, and washing machines filled with pumice stones. Workers then attach leather labels and iron the garments by hand before they’re inspected and stored in a nearby warehouse.