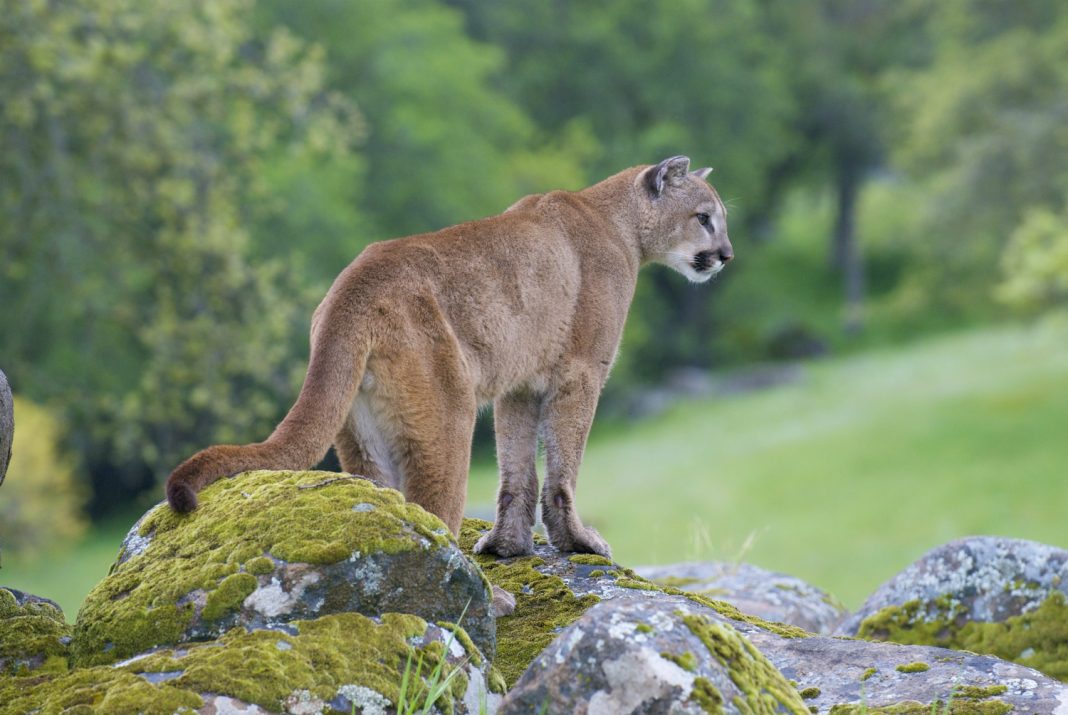 A woman’s dog saved her life when she was violently set upon by a mountain lion earlier this week in Northern California.

As the Sacramento Bee reports, 24-year-old Erin Wilson was attacked Monday while walking with her 2.5-year-old Belgian Malinois, Eva, in a the remote Big Bar area of Northern California along Highway 299. Eva was walking a few feet ahead Wilson when the large cat pounced on the woman from behind and began digging its claws into her shoulder.

As Wilson screamed, Eva rushed over to fight off the mountain lion, Capt. Patrick Foy of California Department of Fish and Wildlife’s Law Enforcement Division told the Bee.

“The dog and the lion were in a pretty vicious fight,” he said.

The mountain lion then bit into the dog’s head and latched on. Wilson said she began hitting the cat with rocks and sticks and attempted to choke it and gouge its eyes. She was scratched by the lion’s hind legs as it kicked her away.

When she couldn’t fight the lion off, Wilson ran back to the highway and flagged down passerby Sharon Houston for help.

Houston, who lives in the area, pulled over and armed herself with a four-foot length of PVC pipe and can of pepper spray. Together, they beat the lion until it ran off.

“At first I was like, ‘Wow, she’s OK,’” Wilson told the Bee. “But when I looked at her closer, I realized she had a couple of puncture wounds in her face.”

Wilson, who sustained scratches and some bruises, noticed that Eva was bleeding from her mouth, so she hopped into her truck and rushed Eva to the closest emergency vet clinic, which was about an hour-and-a-half away in Redding. Eva went into convulsions during the drive, Wilson said.

According to a GoFundMe page Wilson created to cover Eva’s vet bills, the dog sustained two fractures to her skull, a punctured sinus cavity, and severe swelling around her left eye, which is impeding her vision.

“The vet is optimistic,” Wilson wrote.

The campaign had raised more than $22,000 in donations as of Wednesday afternoon.

Foy told the Los Angeles Times that mountain lion attacks are rare in California considering the state’s population and the ranges of the big cats. “At least in my career, I’m not aware of any time we’ve ever had a major incident related to a mountain lion in Trinity County,” he said.

Since 2000, there’s been 11 recorded mountain lion attacks in the state, not including Wilson’s incident, according to the California Department of Fish and Wildlife. The most recent attack was in August when a 65-pound mountain lion mauled a 5-year-old boy in Calabasas, the Times reports. The boy’s mother attacked the cat, striking it with her bare hands, until it fled. The cat was later shot and killed by a wildlife agent.

As of Wednesday, officials were still looking for the cat, but it is unclear what may happen to it if and when it is captured, Foy told the Times.

“There’s been no decision yet made on that one,” Foy said, adding that euthanasia has been an option in past attacks, and that he doesn’t want “the public to be unnecessarily alarmed when these incidents occur.”

“It is extremely unlikely that you’re going to be attacked by a mountain lion even if you’re hiking in the middle of mountain lion country,” he said. “But it’s also important to know what to do if confronted by a lion … stand tall, shout aggressively at the animal, throw rocks and certainly fight back if attacked.”

The Best Bar Patios in L.A. for Drinking Away These Beautiful L.A. Nights