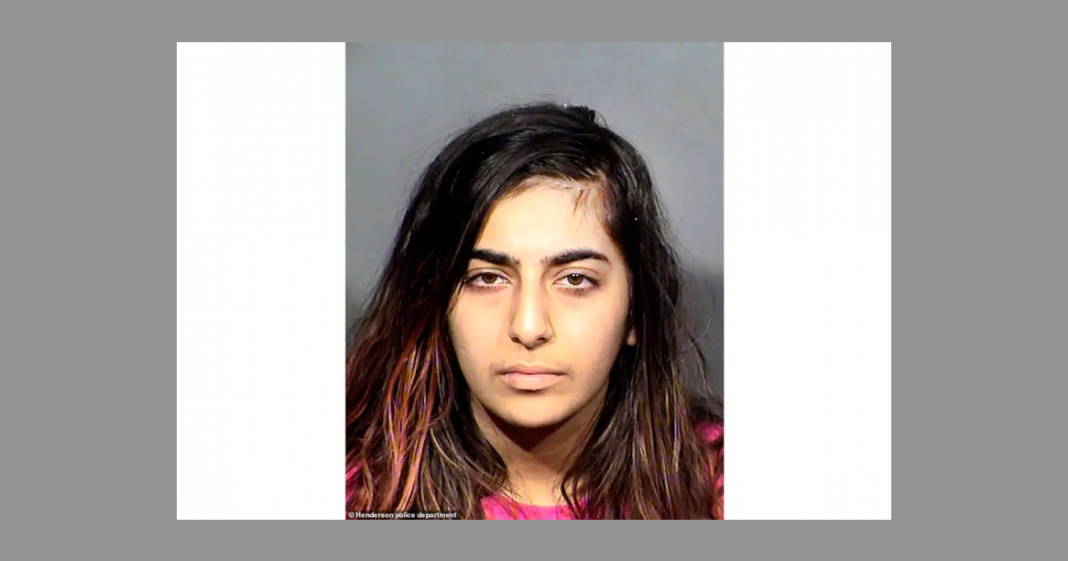 It was tit for tat.

Comely 21-year-old Iranian woman Nika Nikoubin’s pretty face and long, flowing hair hid a thirst for violent political revenge—until she allegedly stabbed her date in the neck several times during sex in a Nevada hotel room on March 5. Nikoubin claims she carried out the attack as revenge for the killing of an Iranian general in a 2020 drone strike.

The pair found each other on the dating website Plenty of Fish and arranged a meeting at the Sunset Station Hotel in Henderson, Nevada, just outside of Las Vegas, KLAS reports.

Nikoubin blindfolded the man, who has not been identified by authorities, before they engaged. Minutes later, the victim “felt a pain on the side of his neck,” according to police. This was due to Nikoubin repeatedly stabbing him in the neck with a knife she had squirreled away in her purse.

Post-knifing, the man managed to push Nikoubin off him and escape before calling 911. Nikoubin then told a hotel employee she had just stabbed a man, cops say.

As to her motive for the extreme bedroom diplomacy, the report states that she did it “for revenge against U.S. troops for the killing of Qassem Soleimani in 2020.” Soleimani was killed in an American drone strike on January 3 of that year.

“She advised that there are injustices, in particular the killing of Qasem Soleimani in Iran,” homeland security agents added to the arrest report. “Nikoubin stated she wanted revenge.”

She told authorities she only stabbed to wound, not to kill, according to the Las Vegas Review-Journal.

Nikoubin has been charged with attempted murder, two counts of battery, and burglary of a business. She is being held on $60,000 bail and is scheduled in court for a preliminary hearing on March 24.

The victim’s condition is unknown.

While sensational, Nikoubin’s attack might not have been random. Instead, she may have been acting on orders from Soleimani’s replacement, Brigadier General Esmail Ghaani.

As the New York Post reported, Ghaani said at a commemoration of the drone strike last year that “freedom seekers” within the US could retaliate for the attack that killed the high-ranking general.

“Inside your own home, there might be those who want to respond to the crime that you committed,” Ghaani said, referring to the U.S.