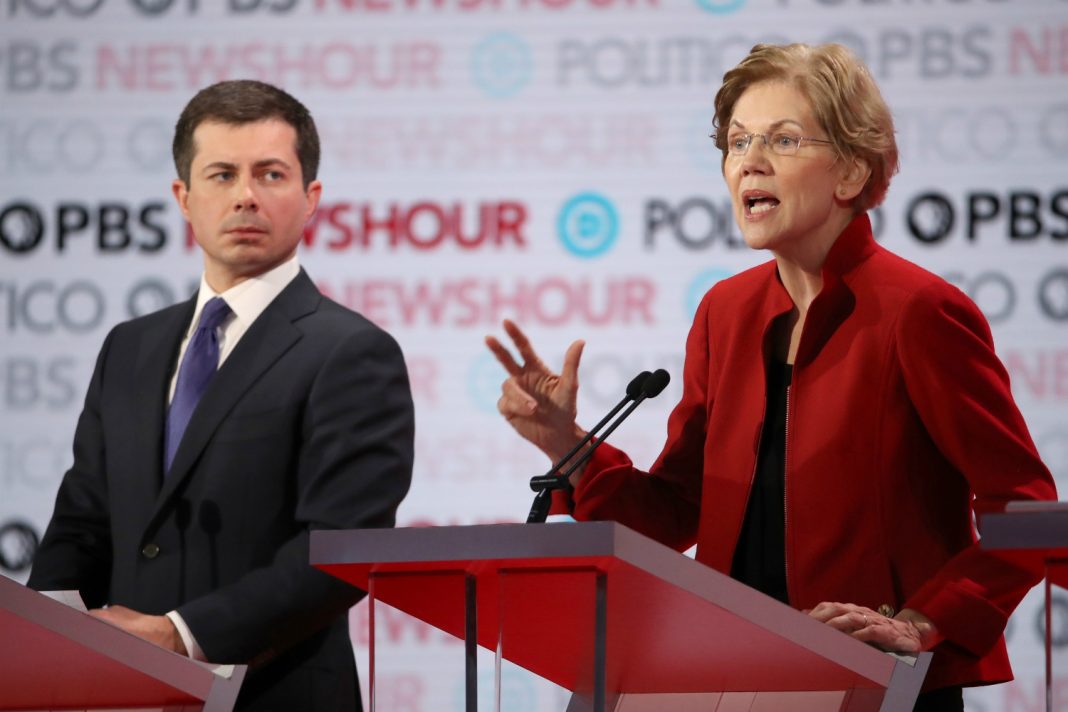 New Jersey Senator Cory Booker, who was notably missing from the debate, didn’t find it amusing. As he told CNN’s New Day, “We’ve really got to be careful as a party about tearing each other down at a time where we see what’s going on in Washington, and we need to unite, frankly, bring our party together so we can bring a real fight to beat Donald Trump and push McConnell back to the backbenches.”

Governor Gavin Newsom pointed out that the luxury vino haunt has been a destination for “probably a hundred” Democratic hopefuls over the years. These include former and current Reps Nancy Pelosi, Leon Panetta, Ami Bera of California, New Hampshire’s Carol Shea-Porter, Ann Kirkpatrick of Arizona, and Florida’s Patrick Murphy.

Asked if he’d ever attended a fundraiser beneath the Swarovski crystal chandelier in the luxury winery, Newsom replied, “Are you kidding? I’m in the business, so I know that place well.” Newsom owned a winery before he went into politics.

Wine makers across the country, meanwhile, took umbrage at being alluded to as One Percenters. “Clearly Sen. Warren hasn’t been to the Finger Lakes wineries. If she did she would see how vital the wineries are to the economic health of upstate,” Jeff Shepley, New York’s Seneca County Chamber of Commerce president, told the New York Post. “We’re talking salt of the earth. Our wineries are multi-generational, family owned and are the most accessible and opposite of elite.”

At the Los Angeles Times, Lawrence Lessing notes that infighting about big money donors in a Democratic presidential primary is entirely beside the point, writing, “The broken and corrupted branch of our government—the current president notwithstanding—is Congress, slowed to a standstill under the influence of big money. It is relatively easy for the rich (Michael Bloomberg and Tom Steyer) and the famous (Sanders and Warren) to run presidential campaigns free of the influence of big donors. But how exactly should we fix the one institution that is systematically corrupted by its dependence on big money—Congress?”

Today, Buttigieg told TMZ, “The way I come at it is we need everybody we can in the fight of our lives. [Trump] and his allies have already put together $300 million in order to hold their grip on power, and we’re making sure that we don’t go into that fight with one hand tied behind our back.”

Last month, Barack Obama warned the candidates against this kind of short-sighted intramural brawling, saying, “We will not win just by increasing the turnout of the people who already agree with us completely on everything. Which is why I am always suspicious of purity tests during elections. Because, you know what, the country is complicated.”

RELATED: Since Nobody Asked About Housing in Last Night’s Debate, Here’s Where the Democratic Candidates Stand