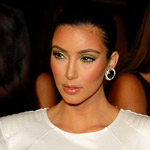 Love her, hate her, or love to hate her, Kim Kardashian probably isn’t causing disagreements at your place of work. But that’s exactly what happened for members of Glendale’s city council when councilman Ara Najarian proposed the reality star be invited to ride on a float during the 2013 Tournament of Roses Parade.

According to the Glendale News Press, Najarian suggested Kardashian’s appearance would be worth “thousand of advertising dollars.” Councilman Dave Weaver opposed the idea, pointing out that the parade, which debuted in 1890 and now attracts a worldwide audience, is at its heart a community event. (Although Kardashian is a resident of Calabasas, she does have the thinnest of ties to Glendale; in April she expressed hypothetical interest in running for mayor of the city in “five years.”)

Having high school students ride the float, argued Weaver, would be better than “sticking a council member on the float or a Hollywood movie star.” We must respectfully disagree that Kardashian’s role in Disaster Movie makes her a “movie star”—and we certainly hope he’s not referencing her other film appearance—but you get his point.

Glendale Mayor Frank Quintero chimed in with a financially sound alternative: asking Kardashian to purchase a seat and thereby help off-set costs of the event. Sounds like a good opportunity for Kim to us. After all, if anyone could get a life experience to pay for itself, it’s her.