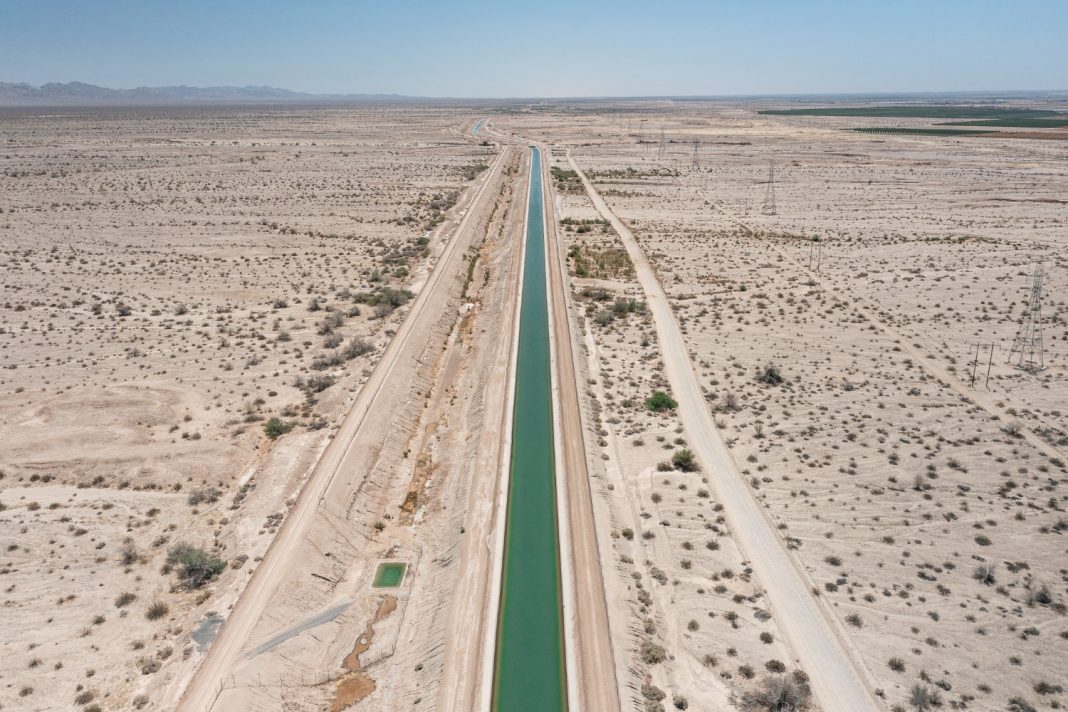 Despite the fountain-filled parks, the too-green lawns and endless miles of swimming pools that make parts of Southern Californian seems like oases, we are still in a desert, experiencing a very serious drought.

So after nearly half a century of discussions around similar water-fetching schemes, Governor Gavin Newsom dusted off a golden oldie on Wednesday, releasing a proposal for a 45-mile long underground tunnel that would help transport water from the wetter Northern California to sun-dried SoCal, the Associated Press reports.

The latest iteration of the project is a pared down version of former California Gov. Jerry Brown’s two-tunnel plan. Switching to one underground tunnel that will run water from the Sacramento River to the California Aqueduct (California’s main water transportation channel since the 1960s), Newsom hopes to mitigate any potential harm to the environment.

Still, the environmental impacts of the proposed plan are a cause for concern, critics say. The construction process is expected to particularly harm two kinds of fish—the Delta smelt and the already endangered Chinook salmon. The project may also adversely affect water quality by increasing salt content as well as levels of bromide and chloride.

The project would be a massive undertaking. With an estimated cost of about $16 billion, the decade-long construction plan would see the removal of 71 buildings, including 15 homes, AP reports. Additionally, the construction would take over 2,340 acres of farmland and run through sites of cultural significance to tribal communities, according to water officials.

Currently, the San Joaquin River Delta supplies water to two in three Californians, about 27 million people. The new plan would pump water from the Sacramento River before it reached the Delta. Opponents of the plan worry that the pumps would divert fresh water before it could reach the millions of people and 625 square miles of farmland in the Delta region.

Still, in spite of the plan’s potential drawbacks, state water officials say a tunnel is badly needed to modernize the state’s water infrastructure in the face of climate change.

One major concern of water officials is California’s inability to collect the little water we do get. While California is experiencing a third year of devastating drought, it saw a record rainfall last October and a major dump of rain and snow in December, some of which the state was unable to capture, AP reports.

Both supporters and opponents feel very strongly about the efficacy of the plan, and it is predicted that it will take a big political push from Governor Newsom to get the project through. Even if politicians do approve the proposal, it will likely not get under way until 2028.