Home Crime Why O.J. Didn’t Get the Chair 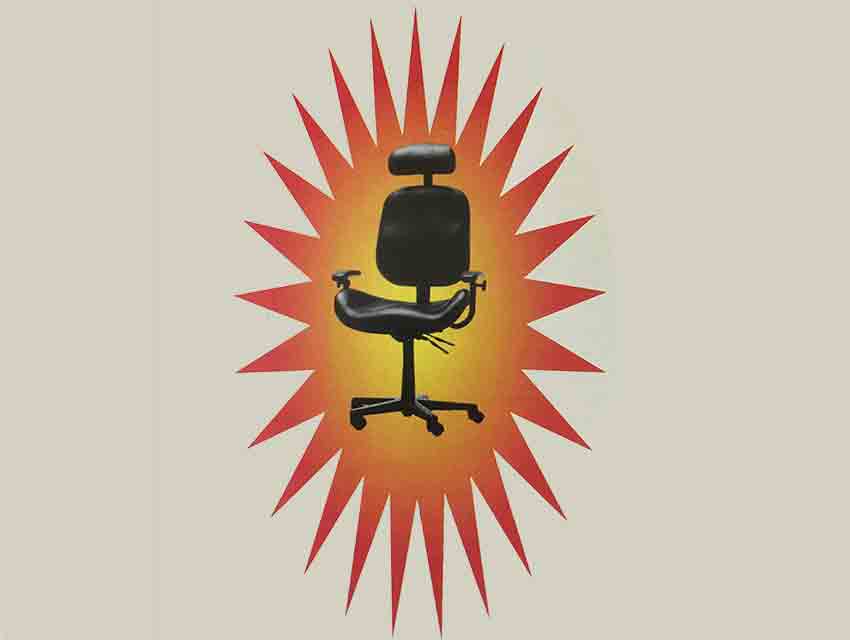 The O.J. Simpson double murder trial is the trial of the century for product placement. One of the biggest beneficiaries is BodyBilt Seating, whose chairs are being used by members of both prosecution and defense teams. The following memo from BodyBilt describes how they came to provide the front-row seats:

Friday March 3
Shapiro, after gaining permission from Judge Lance Ito to bring his special chair into the courtroom, arranges for Johnson to deliver the chair a few minutes before Rosa Lopez takes the stand for her final day of videotaped testimony. As Johnson demonstrates the chair’s 10 ergonomic controls, Marcia Clark and Chris Darden walk over. They tell Johnson they, too, are experiencing back pain, and ask if there’s anything he can do. He listens to their symptoms and says he will get back to them.

O.J. Simpson watches this demonstration with interest. Johnson turns to Robert Kardashian and asks, “What about him?” Kardashian tells Johnson that Simpson is suffering from back problems and that he, too, would like a chair. A bailiff says Simpson can have a chair only if it doesn’t have wheels. Johnson agrees to prepare such a chair.

Monday, March 6
After studying Shapiro’s sitting habits from Court TV footage, Johnson is back in the courtroom consulting with him on the chair’s various ergonomic adjustments. One by one, Chris Darden, Marcia Clark, Sherry Lewis, Johnnie Cochran, and the court stenographer approach Johnson, who is kneeling by Shapiro’s chair. Each discusses his specific needs. Johnson makes individual assessments and offers to provide the special loaner chairs to the rest of the lawyers, as well as to Judge Ito, who has also commented on his back pain.

Friday, March 10
On the first day Mark Fuhrman is scheduled to testify, the chairs are delivered to the courtroom. When Johnson sets up Simpson’s chair, a bailiff objects, saying the defendant cannot receive special treatment. So Simpson’s chair is removed and placed at the prosecution table, where it is used by either Clark or Darden.

Lee Bailey, who was not present when the chairs were ordered, hangs his jacket on the one for Cochran, and then sits in it. Cochran, in turns, claims the chair that had been ordered for Judge Ito. A short time later, Judge Ito calls Johnson to his chambers to discuss the dispersal of the chairs. He tells Judge Ito he has no more BodyBilt loaner chairs, and will bring him a loaner from another manufacturer.

BoldyBilt estimates publicity generated by the trial will generate sales of an additional 6,000 chairs, ranging in price from $790 to $2,634. There are currently 10 BodyBilt chairs in the courtroom—one for Clark, Darden, Shapiro, Cochran, Bailey, Lewis, Carl Douglas, the court reporter, the court stenographer, and Judge Ito’s assistant. Johnson was unable to offer his services to the jurors, but he did provide a professional assessment of their seating. The jurors, he says, are sitting in “uniquely uncomfortable chairs.”