Home Urban Development You’ve Heard of NIMBYs—but Who Are the PHIMBYs? 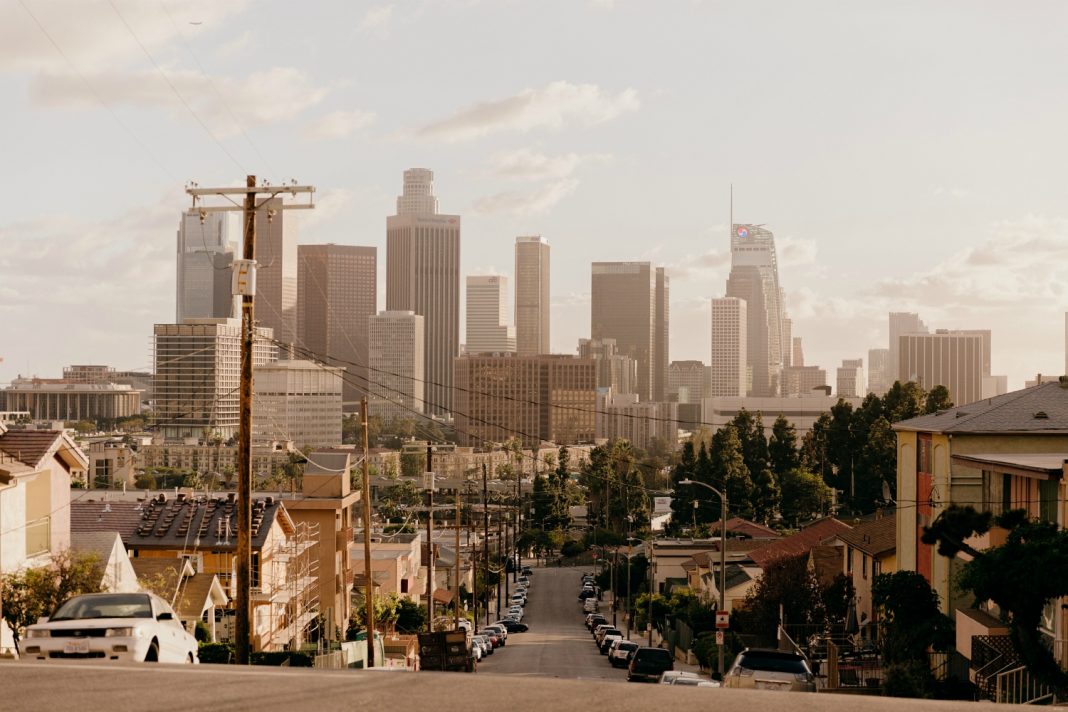 If you’ve followed the debates surrounding California’s housing crisis, you’re probably well versed in the ways of NIMBYs and YIMBYs. The former are the “Not In My Backyard”-ers that staunchly oppose new development, fearing that it will threaten the “character” of their (typically well-off) urban communities. Their “Yes In My Backyard” adversaries, on the other hand, push for high-density housing at all income levels, and have backed hot-button, pro-development bills like the pending “More HOMES” act and its failed predecessor SB 827. Now, a third faction has entered the state’s housing wars, and of course, they’ve got their own rhyming acronym—allow us to introduce you to the PHIMBYs.

Short for “Public Housing in My Backyard,” the PHIMBY movement has attracted a growing number of tenants’ rights advocates from organizations like the Los Angeles Tenants Union and the Democratic Socialists of America. While they’re supportive of new housing, they also believe the market-based, real estate-backed solutions proposed by YIMBYs will wind up worsening issues like gentrification and racial segregation. We caught up with LATU cofounder Tracy Jeanne Rosenthal to learn more about the growing grassroots movement, and why she thinks curing the housing crisis will take more than just a building boom.

What are the roots of the PHIMBY movement?

Tracy Jeanne Rosenthal: The housing debate has unfortunately been framed with only two options—YIMBYs support private building, which allows developers build whatever they want as much as they want, and NIMBYs want no building at all. PHIMBY, a term coined by LATU, DSA, and LACAN member Jed Parriott, is a rhetorical gesture that tenants rights organizers and activists have taken up to intervene in that locked debate, to assert that there is another option, and that is public building and public control over the private market.

Who are its proponents?

Our organization is member led and volunteer-run, by tenants and for tenants. We aren’t advocating for housing solutions for other people. We’re advocating for solutions for ourselves—we want to live in social housing; we want to live in rent controlled housing. Contrast this to the YIMBYs, who are talking about other people’s housing, and have immense resources from the real estate industry and private landlords, as well as tech companies who have all worked very actively and aggressively against tenant protection. I think it’s really important for us to call that out, even though YIMBYs often use the language of other social movements to justify their activity.

Why do PHIMBYs see public housing as the best solution?

In 1935, Catherine Bauer said, “The private market cannot provide adequate housing for poor and working people, the situation is permanent.” And that’s obviously still where we are. Public housing and social housing has been historically maligned, basically because of its racialization. But PHIMBYs want to resurrect the ideal of public housing.

Yes, it is an argument pulled straight from economics 101, but there are many reasons why we don’t live in a 101 world. Many studies have shown that there might actually be more than one housing market. So when you build a ton of market rate units, what you end up seeing is that the price of those units falls a little, but the price for everybody else stays the same or goes up. As we’ve seen in Brooklyn, San Francisco, and Los Angeles—in Echo Park, in Koreatown, and all of these neighborhoods on the east side—when local property values rise, it triggers rent increases, evictions, and displacement. And that’s gentrification—the displacement and replacement of people for profit.

Just this week Los Angeles approved a 725-unit all market-rate development in Chinatown. And one of the things that we saw from YIMBY groups was a celebration, where they said, “We don’t know who is going to live here, but isn’t it wonderful that new people are going to move in? Isn’t it wonderful that more people can live in L.A.?” But we know very well who’s going to live there. It’s rich people. You have to earn eight thousand dollars a month in order to be able to afford a market rate apartment. Contrast that with who is living in Chinatown, where the average monthly income is something like eighteen hundred dollars. So this idea that market-rate developments will lead to equitable housing outcomes is a fantasy.

What are some projects PHIMBYs are advocating for in L.A.?

Homeless Healthcare Los Angeles is building permanent supportive housing for the homeless. They’ve basically been able to prove that you can build a permanent supportive housing unit for $100,000, less than a quarter of what the city and the state governments say it costs. I think cities and states love to talk about how expensive housing is, because it allows them to say that the only “reasonable” solution is the private market. But we know that not to be the case.

I’ll also point to Hillside Villa, a building in Chinatown that the Tenants Union is organizing in three languages at once. That building was affordable housing, but that covenant is expiring and the landlord is raising rents. So what those tenants are doing is organizing together to say, “This is not fair, we have to be able to control the market, and our ability to live a dignified life in the neighborhood that we love.” I think it’s an example of how these subsidized affordable units are not as successful as a simple intervention can be—they’re recognizing that rent control is a superior solution to these market-based affordable schemes.

The City of L.A. Has Millions to Help Bail Out Renters, but Demand Is Going to Be Sky High

As April 1 Looms, COVID-Impacted Tenants Are Trying to Figure Out How They’ll Pay Rent