Home Crime While You Were Sleeping: Vermin in the Trees, Jewel Bandits in Jail,... 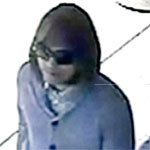 Wild Animal Gang Gets Trapped in Tree by Vigilantes
LAPD got a call that a mountain lion was roaming the streets of Foothill. When they arrived on the scene it became clear the only threat was rabies.

FOOTHILL: Didn’t get an address, but pitchfork mob has “mountain lion cornered in a palm tree” after it attacked a dog. LAPD enrte.

FOOTHILL *Update: I quote from LAPD on scene: “You can go ahead & cancel Fish & Game wardens. It’s 5 racoons fighting in the palm tree.”

Smoking Kills, or at Least Assaults
Beware bi-pedalers with nicotine cravings. A man is reported to have used a cigarette as a weapon in an assault.

PANORAMA CITY: Dude on a bike used “bodily force & a cigarette” (lit?) to assault someone @ 7-11. Fled on bike. Roscoe & Sepulveda.

Bandit With Real Gun, Fake Hair on the Loose
The LAPD is asking for the public’s help to catch a suspect who is responsible for a series of robberies since December 2012. According to a press release, the suspect is described as a male Asian, 25-30 years old, who stands 5 feet 9 inches tall, weighs about 160 to 180 pounds and wears a blond or black shoulder-length wig.  He is driving a BMW SUV possible “X5”, beige or light-colored.

“The suspect walks into a business disguised as a female wearing a wig and sunglasses, and as he approaches the employees, he pulls out a handgun, orders them to the ground and demands money and jewelry.

Authorities are offering a $25,000 reward for identifying the suspect. Anyone with information concerning this case is asked to contact Robbery Homicide Division Detectives Freddy Arroyo or Daniel Jaramillo at (213) 486-6840.  During non-business hours or on weekends, calls should be directed to 1-877-LAPD-24-7 (877-527-3247).” Stay Out of the Slammer This Fourth of July
Fireworks are illegal. Get the lowdown with our very own Ask Chris. No orange jumpsuits before Labor Day!