Home Crime While You Were Sleeping: Guns in Socks and Other Scares 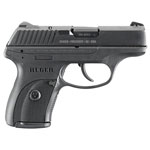 Shooting From the Foot

We start our morning with a report of an idiot with a gun in his sock walking in the 1700 block of Wilcox. Hwood officers swarming the area!

Putting the Fight in Freedom Fighters

VENICE: Dudes on a house roof near Venice & OFW are tossing fireworks @ people. EXACTLY like The Battle of Brandywine (9/11/1777). LAPD enr

Someone called the coppers to Gladstones for a guy with a gun. Was a squirt gun.