Home Crime While You Were Sleeping: Bank Robbers and Assaulted Autograph Seekers Make This... 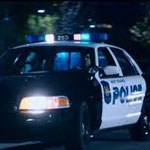 The Haggler Bandit is on the Loose!
A bank robber is on an L.A.-area crime spree, having hit five banks in the region (two in Pasadena, one in Monrovia, and two in West Hollywood) in recent days. The suspect—a 20 to 40-year-old black male about 5’8’’ – 6’ tall and weighing between 150-170 lbs.—has been given the nickname the “Haggler Bandit” because he has haggled with tellers over the amount of money he’d like to take. The FBI is seeking leads.

A Getaway Bike
Just after 4 a.m. on June 14 a man was approached by a suspect who brandished a knife, then took the man’s bicycle and his backpack. According to the Downtown News, the suspect “fled southbound on Spring Street, winning the award for worst use of the green bike lane.”

The Town Pryer
Burglary detective Mario Mota is searching for suspects in a rash of burglaries in Echo Park. “The suspect(s) operate at all hours of the day and night,” Mota told The Eastsider L.A. “The suspect(s) simply enter via unlocked and unsecured windows and have also been prying open doors and windows.”

A Car Chase, Animal Style
A pursuit that began on Vernon Avenue on Monday ended in the parking lot of an In-N-Out Burger on San Gabriel Blvd, where police rounded up three suspects, one of which was tasered.

AZUSA: Perhaps the 3 subjects who led PD on a pursuit to In N Out were just REALLY hungry. #ManicMonday

He Took a Pipp-en
According to authorities, NBA-er Scottie Pippen was involved in an altercation with an autograph seeker outside Nobu Malibu on Monday night. The man, who reportedly took photographs of Pippen while he dined at the restaurant, was taken to a hospital with a head injury and was treated and released.

Mechanic at auto repair on Venice Blvd using his wrench in all the wrong ways. Lapd on way to stop the violence.