Home Crime While You Were Sleeping: a Robber, a Flasher, and a Faker 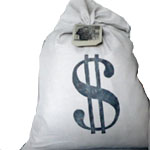 LAPD dealing w a woman that is pissed at her daughter. Not happy with LAPD’s response… so she called them again, while officers r on scene.

The Guy Who Cried “Shank”

Regent and Cardiff – ambulance needed for a guy that just got shanked.

OK. Now the guy at Regent and Cardiff says he wasn’t stabbed, but his knee hurts.

And the Nudie Goes to…

Our Naked Guy in Hollywood Award for today goes to the guy modeling inside a store at Hollywood and Highland. 60% off sale. Hurry on down!

False Alarm at the Ball Pit

Do I love that in Beverly Hills, the BHPD sends a K9 unit to a “barking dog complaint?” Yes. Yes I do.

WEST LA: Dude bashing windows w/ a stick outside a retirement home on La Cienega. Getting old is for the birds.

Crime on the Mind

Inspiring Words from Our Mayor

“Nonviolence is a powerful&just weapon..It is a sword that heals-MLK.” Exercise 1st Amendment and practice peace in City of Angels tonight.