Home Uncategorized Which California Props Passed, Which Didn’t, and What Happens Now 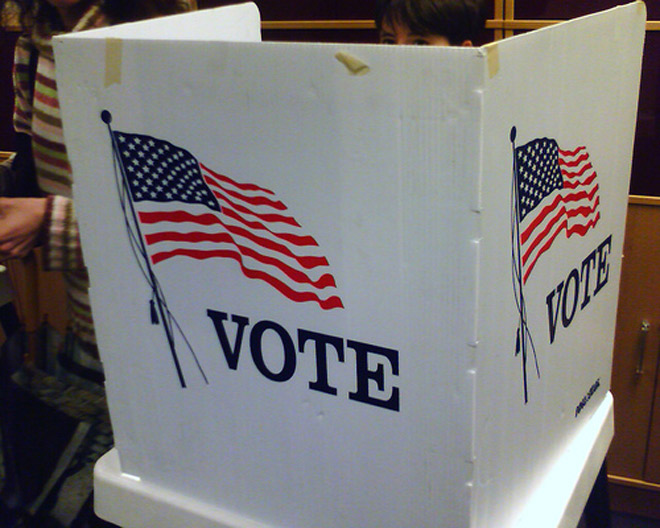 California’s vote for president may not have been a nail biter, but the outcomes of the eleven props on yesterday’s ballot were, for the most part, agonizingly close. Here’s a recap of which props passed and which didn’t, the policies each put forward, and what they will mean for the future of California.

Prop 30: PASSED
What it is: Jerry Brown’s Tax Proposal
What it will do: Prop 30 will raise personal income taxes on Californians making $250,000 or more per year for the next seven years. It will also raise state sales tax by a quarter cent for the next four years and ensure that California will continue to fund public safety programs that were handed over to counties last year. The revenues gained will go towards balancing the state budget and the funding of schools.

Prop 31: DID NOT PASS
What it is: California Government Performance and Accountability
What it proposed: Prop 31 was a constitutional amendment and a statute that would have changed four significant things: first, local governments would have had a larger say in the coordination of public services. Second, it would have prevented the legislature from increasing spending or decreasing revenue by more than $25 million in a fiscal year. Third, it would have allowed the governor to unilaterally cut spending during an economic crisis, and finally it would have altered state budgeting practices.

Prop 32: DID NOT PASS
What it was: Political Contributions, A.K.A the Stop Special Interest Money Now Act
What it proposed: This Prop would have prevented the use of employee payroll deductions for political profit (i.e. campaign contributions, or other spending that could influence voters). It also would have prohibited government contractors to contribute to officials who had granted or would be able to grant them a contract.

Prop 33: DID NOT PASS
What it was: Auto Insurance Discount Act
What it proposes: Since 1988, the rate Californians pay for their insurance has required the approval of the insurance commissioner. Prop 33 would have given a continuous coverage discount to anyone who wanted to switch insurance providers.

Prop 34: DID NOT PASS
What it was: Death Penalty Repeal
What it proposes: Prop 34 would have eliminated the death penalty, opting instead to keep inmates in prison for life with no chance for parole.

Prop 35: PASSED
What it is: Increased Penalties for Human Sex Trafficking
What it will do: This Prop increases the prison sentences and fines in human trafficking cases, with courts having the ability to fine offenders up to $1.5 million. The definition of human trafficking will change to include the production and distribution of child pornography, and protects the rights of victims of trafficking.

Prop 36: PASSED
What it is: Three Strikes Reform Act
What it will do: Prop 36 reforms California’s already-standing Three Strikes Act. It will shorten the prison sentence for any third strike offender if his or her crime is not serious or violent. Essentially, prison sentences for second and third strikes will be determined by the nature of the crime rather than the simple fact that a crime was committed.

Prop 37: DID NOT PASS
What it was: Labeling Genetically Engineered Foods
What it proposed: The purpose of this Prop is exactly what it sounds like: labeling foods that have been genetically modified, save for a small contingent that are certified “organic.” Opposition argued it would have cost California millions in relabeling costs and frivolous lawsuits.

Prop 38: DID NOT PASS
What it was: Molly Munger’s Tax for Education
What it proposed: An odd sister-Prop to Jerry Brown’s Prop 30. Molly Munger’s Prop would have raised taxes for most Californians to raise revenues for the California Education Trust Fund.

Prop 39: PASSED
What it is: Multistate Business Tax and Clean Energy Initiative
What it will do: There are several businesses in California which function in multiple states at the same time. This Prop will force those businesses to use a “single sales factor method,” meaning their tax liability will be based only on sales in the state.

Prop 40: PASSED
What it is: Referendum on Redrawn States Senate Districts
What it proposes: This is a weird one, because the backers of this Prop, who were campaigning for a “no” vote, halted campaign efforts. As a result of its passing, the maps drawn by the California Citizens Redistricting Commission earlier this year will stand.