Home Politics Which California Ballot Measures Passed, Which Didn’t, and What You Need to... 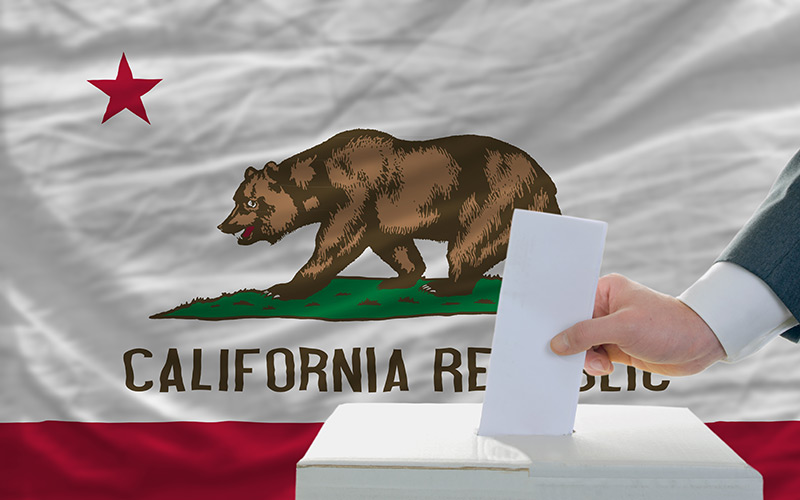 Prop 51: YES
What it is: School Bonds
What it will do: The state will budget $9 billion ($7 billion on K-12 public schools, $2 billion on community colleges) to upgrade classrooms and provide job-training facilities for veterans and vocational education.

Prop 52: YES
What it is: Extending the Medi-Cal Hospital Fee
What it will do: There is an existing charge on most private hospitals that funnels revenue to public hospitals and low-income Californians. The charge was set to expire on January 1, 2018; Prop 52 will extend the fee indefinitely.

Prop 53: NO
What it was: Revenue Bonds
What it proposed: Statewide voter approval would have been required for any state-funded project exceeding $2 billion.

Prop 54: YES
What it is: Legislation and Proceedings
What it will do:  From here on out, any piece of legislation—including any changes to said legislation—will have to be posted on the internet for at least 72 hours before it can be passed.

Prop 55: YES
What it is: Tax Extension to Fund Education and Healthcare
What it will do: Back in 2012, Californians voted to impose a tax on those who make $250,000 or more per year with the money going towards K-12 schooling, community colleges, and healthcare. This prop extends the tax—which was scheduled to end in 2018—until 2030.

Prop 56: YES
What it is: Cigarette Tax
What it will do: Taxes on cigarettes will go up by two dollars per pack, taking the tax total from .87 cents to $2.87. (Other tobacco products will see a similar increase.) The additional revenue will go towards spending on low-income Californians.

Prop 57: YES
What it is: Criminal Sentences/Parole
What it will do: Criminals who have committed non-violent felonies will likely be considered released earlier than they otherwise would have.

Prop 58: YES
What it is: English Proficiency/Multilingual Education
What it will do: In an effort to ensure English language proficiency, public schools will be able to determine how best to teach English learners, be it in an English-only or bilingual program.

Prop 59: YES
What it is: Corporations and Political Spending
What it will do: While this Prop doesn’t actually require action on the part of the Congress or California Legislature, it encourages elected officials to use their constitutional authority to overturn Citizens United v. Federal Election Commission. The Supreme Court case in question ruled that limiting the political spending of unions and corporations is unconstitutional.

Prop 60: NO
What it was: Condoms in Pornography
What it proposed: While adult film performers in L.A. Country are required to wear condoms under Measure B, this Prop would have required additional workplace safety (producers paying for performer vaccinations, medical exams, etc.).

Prop 61: NO
What it was: State Prescription Drug Purchases
What it proposed: Had this Prop passed, State agencies wouldn’t have paid any more for prescription drugs than the U.S. Department of Veterans Affairs (which pays the lowest price for drugs of any Federal agency).

Prop 62: NO
What it was: Repealing the Death Penalty
What it proposed: This Prop would have prevented the State from sentencing offenders to death for first degree murder. Instead they would have been sentenced to life without the possibility of parole.

Prop 63: YES
What it is: Gun Control
What it will do: Californians will now have to undergo a background check in order to purchase a firearm.

Prop 64: YES
What it is: Marijuana Legalization
What it will do: Anyone over 21 can now smoke weed legally. Also, people with medical marijuana cards will no longer have to pay a sales tax.

Prop 65: NO
What it was: Carryout Bags
What it proposed: This Prop would have redirected the revenue from plastic bag charges to environmental causes.

Prop 66: YES
What it is: Death Penalty Procedure Limits
What it will do: A sister-Prop to Prop 62, this one intends to reform and expedite the execution process. Trial courts will be assigned to hear petitions challenging death row convictions, and there will be an increase in lawyers who will hear death penalty appeals.

Prop 67: YES
What it is: Ban on Single-Use Plastic Bags
What it will do: Most grocery stores, liquor stores, etc. will be banned from handing out single-use plastic bags.

Worried About a Signature Mismatch on Your Ballot? Here’s What You Need to Know

A Guide to All Those Propositions on Your California Ballot