Home Outdoors Gardens and Green Spaces When Did Knowing Your Neighbors Become Quaint? 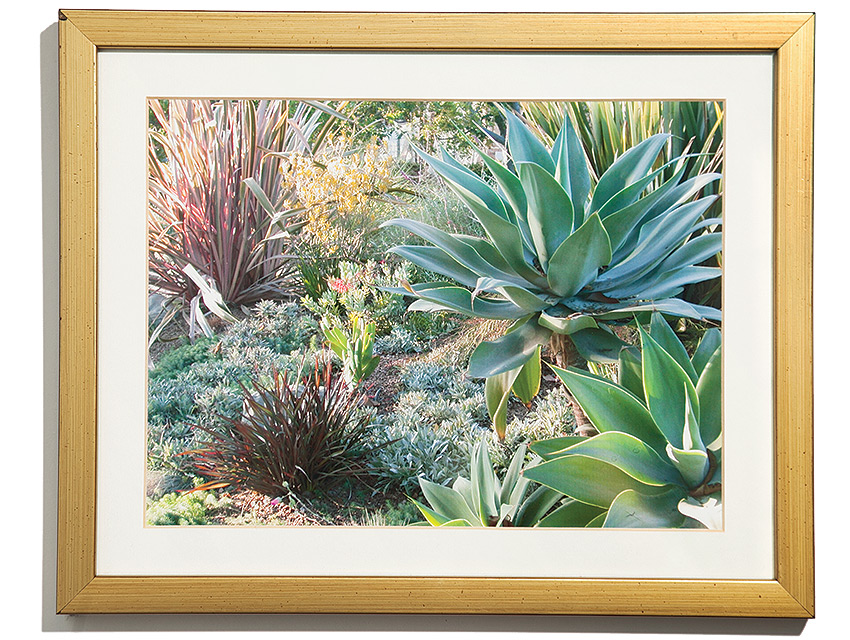 I know my Santa Monica neighborhood by its gardens. A curtain of night-blooming jasmine cascades down a wall two blocks from my front door. Around the corner a hedge of high-flying agapanthus flanks indigo hydrangeas. Their hoop-skirted blossoms billow in a luxuriant row. Then there’s the place that never fails to thrill me. I stopped in wonder the first time I saw it 15 years ago. Flowering spires, more than ten feet tall, grew from the base of an agave plant. The fierce spikes of a yucca tree loomed over giant bromeliads, whose bold crowns bumped up against protea blossoms curled like spidery fists.

The names of the plants were unknown to me. It was a time before concepts like “xeriscape,” “drought resistant,” or “brown is the new green” had entered the language. Luscious green lawns were the norm. Like someone coming upon a Frank Gehry building for the first time, when I saw the yard’s primeval landscape, it challenged my ideas of what a garden should look like. Each time I walked past, its spectral beauty called to me. I took friends to see it. One gave me photographs of the garden as a birthday present. They hang in the entryway of my home.

Over the years I began to notice similar plantings in my neighborhood. The idea of using indigenous species was taking hold. These spiky landscapes seemed a repudiation of manifest destiny’s mandate of well-groomed lawns, a nod to botanical multiculturalism.

It’s not just the flowers and shrubs that have caught my attention. Trees and houses have become touchstones as well. When I walk past a rambling white bungalow, I nod in recognition at its tidy porch and the preternatural violet of the jacaranda leaning toward a gravel path. A regal 1920s Spanish colonial revival, the arch of its bay window inlaid with Malibu tiles, sits imposingly by a broad-limbed sycamore. Too often, though, I come upon FOR SALE signs, which feed my fear that yet one more grand old home will be torn down. A number of Westside neighborhoods are being transformed by aggressive rebuilding. On a recent walk I counted ten homes in the process of demolition.

The sense is of losing a friend. That’s partly because I can tell you more about my physical surroundings than about my neighbors themselves. Sure, we wave. Nod in greeting. We’re neighborly, but we’re not friends. When my husband and I go out of town, we arrange for our mail to be held at the post office. We stop our newspaper delivery. The local security patrol keeps an eye on our house.

As a city, we fret about how the distances in L.A. keep Angelenos from connecting, but I’m talking about the people on my street. I’ve never glimpsed anyone go in or out of the house three doors from me, though I’ve seen cars out front. The neighbors a block away hung signs asking pedestrians to please not step on the new parkway plantings. They’re polite. I like that. I have no idea who they are.

I’m not alone in this. A woman tells me she’s lived in her house for 30 years and doesn’t know her neighbors. A friend says he recognizes people’s cars more than their faces. Maybe the city’s sprawl has shaped our psyches: Even when we live next to one another, we feel far apart. Perhaps living at the edge of a continent where cliffs erode and cities post tsunami escape warnings injects a sense of how deeply precarious our lives are. But rather than link arms as a bulwark against the danger, we walk straight from our cars into our homes. The workplace becomes our community, and we bring it with us on our phones and our tablets and avoid forming alliances next door.

I’m aware there are neighborhoods where people regularly interact. The other day at the dry cleaner, I bumped into a woman who had lived on our block when my husband and I bought our first home in Santa Monica. We chatted briefly, and afterward I felt invigorated. She and I had been in a group of young couples starting out, building our nests, thinking of beginning families. I was a screenwriter. There was a doctor among us, a journalist, a banker, a chef. More than anything else, what we had in common was that we lived nearby. And that was enough—to have dinner together, to converse if we crossed paths, to feel mutual joy over our babies’ births.

Families grew. Some of us moved into other houses. Our new neighbors were courteous, but I saw that Santa Monica had become a city of private backyards. A collective embrace of a neighborhood space was the exception rather than the rule.

I’m not talking about loneliness. I have family whom I love. Friends. What I’m referring to is more central, a sense of belonging to something larger. It’s community, grounded not in family or profession but place. It’s about a fundamental act of acknowledgment, a public bearing witness that I exist. It’s what propelled prehistoric people to paint their handprints on cave walls. We are social creatures, the handprint says, so place your hand on mine.

I was taking my usual walk about two years ago when I came upon a woman standing in front of the otherworldly garden. She was elderly, her gray hair cropped short. I waited as she gingerly pulled up a weed. Her face was lined, weathered from the sun, but her blue eyes were undimmed.

I told her what pleasure the garden had given me all these years and how excited I was to meet the person behind it. As she thanked me, the weed in her hand, I recognized a certain type of Angeleno. Like the native plants born here, they have an innate connection to the land. Amid the lush green lawns, they instinctively respond to the beauty of a cactus. “It’s always changing,” the woman said, gesturing to the garden. “Things die and come back. Some, you just replace them.” She cupped a budding aloe, the coral blooms delicate as babies’ teeth, and told me how it had become more difficult to work outside at this point in her life. Her gaze drifted to a sculpted rock embedded in the soil. “I love that rock,” she said, and after a pause, asked me to come inside.

The house, a Spanish revival, hides at the back of the lot behind a low wall. As I followed the woman up her driveway, we entered a small courtyard. A stone fountain quietly flowed. She opened her front door and ushered me in. Light filled a gracious living room, settling on a stucco fireplace. Wood beams ran across the ceiling. On the floor brightly colored woven rugs lay beside a dark leather couch and chairs. There was a harmony to the space and its hacienda feel, a sense of natural continuity with the garden.

Inviting me to sit down, the woman gestured toward a series of frames on the wall. They contained fragments of antique Mayan huipils, women’s tunics that she and her late husband had collected while traveling in Guatemala. Lifting one down, she brought it over to me, noting the densely hued, elaborate weaving and the intricate patterns in the cloth. She took pride in talking about the textiles, wanting to share that she had experienced a life beyond her garden.

I thanked her as I said good-bye and offered to have her over for tea. We were neighbors, I said, and mentioned the photos I’d been given of her garden. I wrote down my name, address, and phone number and returned home.

We did not have tea. I never heard from her, nor have I seen her again. Once or twice, as I passed her house, I thought of knocking on the door, but I didn’t want to intrude.

The photos still hang in my hallway. I continue to revel in the glories of her front yard. When I think back on my encounter with her, it has the aura of a visitation. The woman appeared and then was gone. She wasn’t looking for a neighbor. I understand. Instead, knowing that her time was waning, she wanted to have an audience, someone to testify to a life well lived.

Recently I noticed some home owners nearby had erected a Little Free Library on their lawn. “Take a book or leave one,” read the words painted on a blue box. A glass door reveals the offerings within.

I will certainly bring contributions. When I do, I might meet a neighbor. We’ll chat about books, about what a great idea this library is. We’ll talk about neighborhood. Community. Before we go our separate ways, we’ll introduce ourselves. “Good to meet you. See you around,” we’ll say.

The Wisdom of L.A.’s First Couple of Foraging