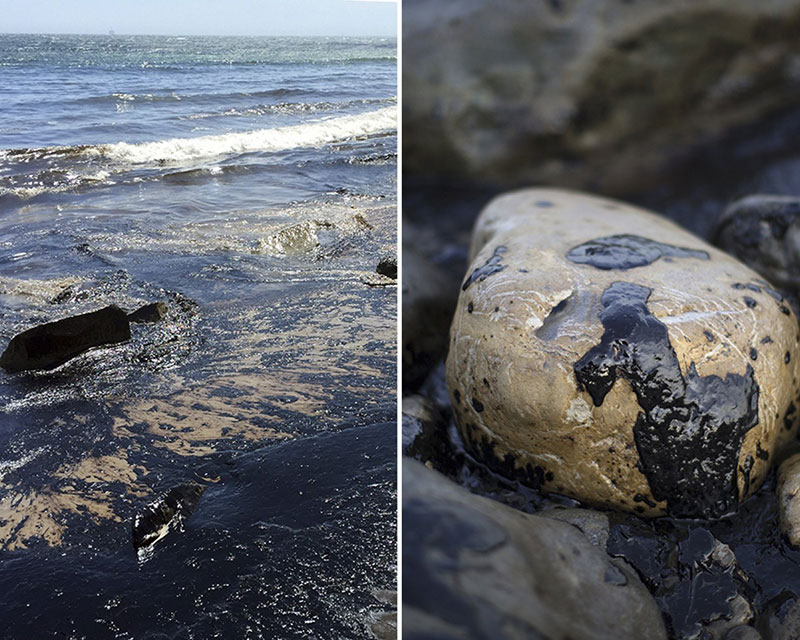 On Tuesday afternoon, an oil spill was discovered along the Pacific Coast 20 miles north of Santa Barbara. Officials estimate 21,000 gallons of crude oil escaped into the ocean. El Refugio State Beach and El Capitan Beach have been evacuated and closed to the public.

The spill had affected half a mile of coastline when it was detected, but the oil had reached four miles of coastline by the time the compromised pipe, which is owned by Plains All American Pipeline, could be shut off. To make matters worse, National Weather Service say that high winds in the area may push the spill a few more miles south in the coming days.

Clean-up efforts led by the US Coast Guard started early Wednesday morning; All American Pipeline employees are expected to pitch in soon. So far, the Coast Guard has retrieved 850 gallons of crude oil from the coastal sands, a small victory in light of the 21,000 that has been spilled, although every little ounce counts.

This oil spill threatens local sea animals including the whales who migrate through that area during this season, local sea lions, and the many sea birds who feed from Santa Barbara’s waters. Residents meanwhile are dealing with the pungent stench of crude oil fumes and witnessing their scenic shore suddenly tainted by black sludge.

Officials have not stated how long the cleanup will take or when the beaches may be reopened. The Coast Guard is assessing the magnitude of the spill and the potential long-term damage.