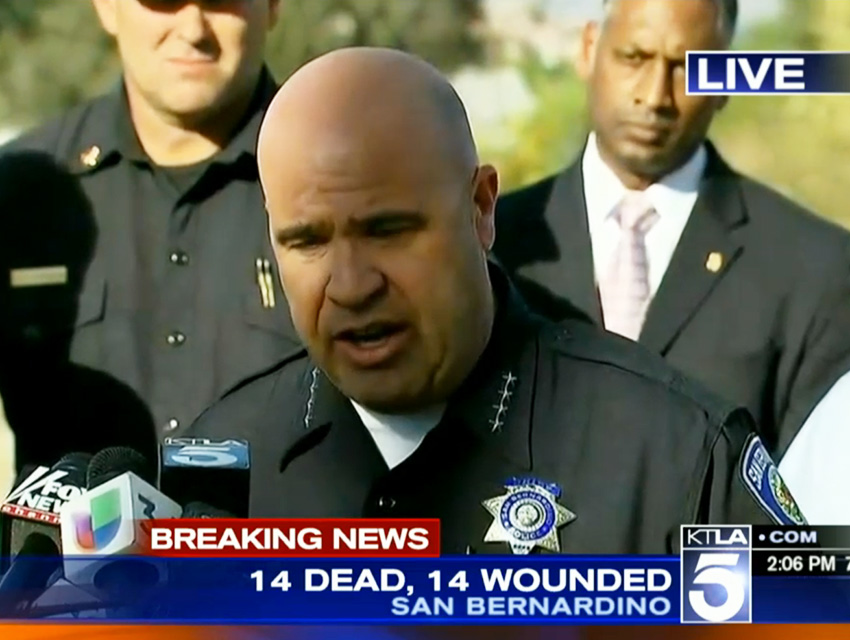 Heartbreaking news out of San Bernardino. Two-and-a-half hours after San Bernardino police received the first call reporting shots fired inside the Inland Regional Center, a social services office in the 1300 block of Waterman Avenue, authorities have confirmed “there are fatalities” in the mass shooting. At a press conference moments ago, San Bernardino Police Chief Jarrod Burguan said 14 people were killed. The situation is quickly unfolding. Here’s what we know now:

What follows has been updated throughout to reflect new information