Home Crime What to Do During a Mass Shooting 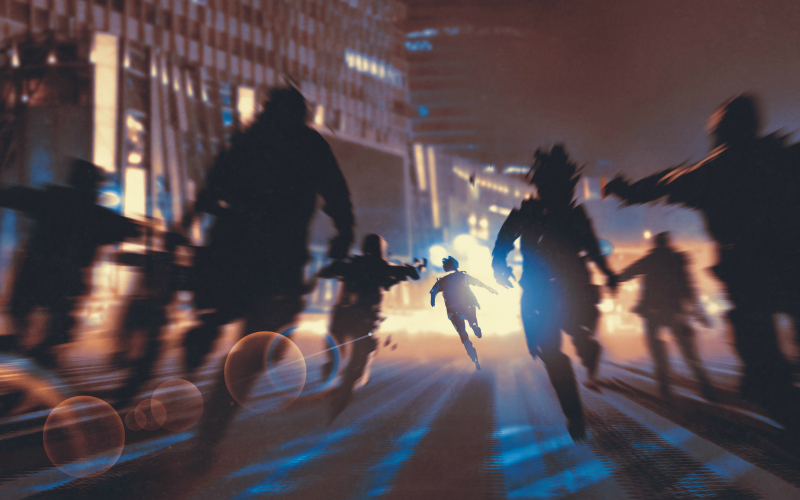 None of us wants to imagine ourselves in a crisis like the Las Vegas music festival shooting, but taking the time to think about how to respond in the event it ever happens to you can make a difference in getting out safely. Just as we prepare for natural disasters, we also need to be aware of how to handle acts of violence.

For advice on what to do, we spoke with Chris E. McGoey, a Los Angeles-based security expert and consultant with over 47 years of experience and thousands of public security plans to his credit, and Adam Winkler, a constitutional law scholar at UCLA, expert in gun regulation matters, and author of Gunfight: The Battle Over the Right to Bear Arms in America.

Planning can make the difference. McGoey suggests that, before heading out, it’s best to have an emergency plan in place with your family or group, which includes having a meeting place in the event of an emergency, and scanning the area for exits and potential shelters. “Don’t rely on social media, text, or phone in case technology fails or you lose your phone,” he says.  And what about precautions taken by the organizers who throw large events? “Generally, promoters place emphasis on access control and screening at point of entry,” he says, which, as the Las Vegas shooting showed, may not always be enough.

“Start moving away from a threat as soon as possible,” McGoey says, should shooting break out in an open space. “Get behind a barrier, then keep moving away. Distance away from a shooter makes it harder to be hit.” Tactics will always vary by situation, of course. Winkler said, “In schools and workplaces, administrators usually emphasize gathering together and hiding quietly. With large groups of people that’s probably the right thing to do to avoid chaos. Yet I had once had a student who was at Columbine High School when that mass shooting occurred in 1999. His advice? Run as far and as fast as you can away from the sound of gunfire.” According to McGoey one big mistake to avoid is immediately reaching for your phone as soon as you realize the danger of the situation. “Don’t waste time calling, texting, or [filming] video at the scene,” he says, instead wait until you’re confident you are in a safe position.

“Social media can be an important tool for communication in a mass shooting,” Winkler says. “It can direct one to the latest news, help-lines, and public announcements.” It can also, he warned, spread rumors and falsehoods. One specific tip for those checking in during an active situation: “If you are going to post during a mass shooting incident, avoid revealing any information that would indicate where police are.”

“The first famous mass shooting was the Valentine’s Day Massacre of 1929, when Al Capone’s henchmen used Tommy Guns, the first portable machine guns, to kill eight men,” Winkler said. “The incident spurred calls for reform, and the first federal gun control laws were passed a few years later—restricting access to machine guns. The Virginia Tech Massacre led to new laws strengthening the federal background check law, and Newtown reignited a moribund gun control movement.” What does that mean here in California? “Our laws are more restrictive than any other state when it comes to ammunition. California voters recently approved a cutting-edge ballot measure requiring background checks for ammunition purchases and dealers. But given the Las Vegas shooter passed background checks to purchase his guns, it seems unlikely even California’s laws would have prevented his ability to buy ammunition.”