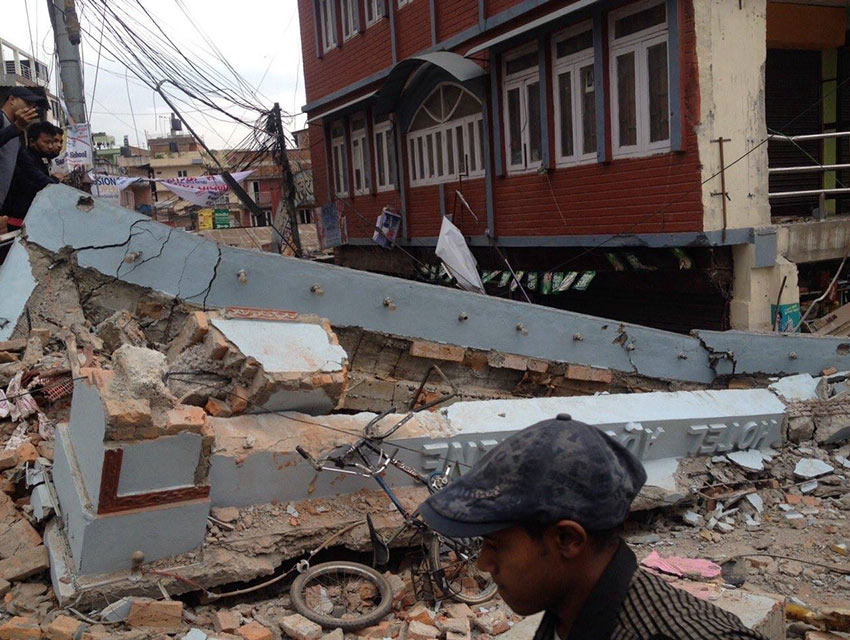 Grim news out of Nepal: In the 48-hours since a 7.8-magnitude earthquake shook the South Asian country, the death toll has risen to over 4,000 people. Troops are working to find and help victims in remote mountain villages while survivors across the country are facing shortages of necessities like water and gasoline; electricity, phone, and Internet services are said to be spotty.

Nearly 8,000 miles away, the earthquake is having an emotional impact in Los Angeles. A fifty-seven member search-and-rescue team sponsored by the Los Angeles Fire Department deployed from Los Angeles to Nepal Sunday night as local officials urged Angelenos to prepare for a similar disaster at home. Seismologist Lucy Jones, who has consulted with mayor Eric Garcetti’s administration on earthquake preparedness, told the Los Angeles Daily News that the Nepal quake is similar in size to a USGS-simulated trembler used in California drills. “It’s what we should be preparing for,” she said. Via Twitter she stated the risk of an earthquake in Los Angeles has not increased as a result of the quake in Nepal.

Ventura fault is only one of dozens of faults long enough to produce a M7 EQ in soCal. Find your fault at http://t.co/3PgP6ahMZE — Dr. Lucy Jones (@DrLucyJones) April 20, 2015

Along with world-wide humanitarian efforts now underway (NBC has a handy list of ways people donate much-needed funds and resources), there is some good news to report: A. Michelle Page and Daniel Adams, a Santa Monica couple feared to have perished in Nepal, are in fact safe and sound in Kathmandu.