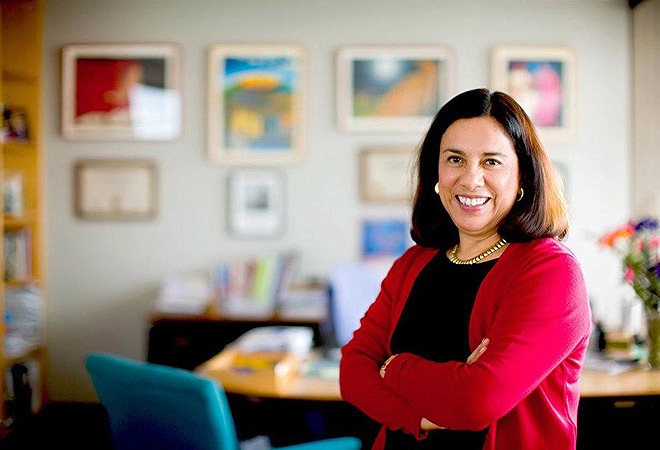 At a Politico event last week, mayor Garcetti took a stand regarding the more than 52,000 Central American children flooding the U.S. border: Los Angeles will help.

Now plans are taking shape. In conjunction with the Department of Health and Human Services, the mayor compiled a list of 50 local organizations that will play a role in sheltering and aiding a number of the children. California Community Foundation (CCF) tops that list.

We spoke to CCF president and CEO Antonia Hernandez, whose group has been tasked with organizing L.A.’s philanthropic response to the crisis. Here she discusses the impact it will have on L.A. County, long term and short-term relief goals, and hurdles these children will face in the coming months.

How did CCF get involved in this effort?
When this issue of the unaccompanied minors came up, right away we started talking about what impact it might have in California and L.A. We spoke with other organizations like the Weingart Foundation and said, ‘Let’s figure out what the impact is going to be and then figure out the philanthropic response.’ And we were asked to take the lead in organizing that response.

In trying to find out the impact this crisis will have, what have you determined?
First, L.A. has the largest concentration of undocumented immigrants, Salvadorians, Guatemalans, and Hondurans. Regardless of whether these kids crossed the border in Texas, if they have any family [in the U.S.], it’s probable that the relations are in L.A. County.

Second, we need to figure out the role of philanthropy in all of this. We’re beginning to sense that it’s to raise money among foundations and to fund caseworkers and legal services, and we’ve already pulled together about half a million dollars of our own $600 million discretionary fund to develop that plan. We’re also going to make small, immediate grants to organizations that are already dealing with the issue and are overwhelmed.

And how are you planning for their longer term needs?
While the kids are in shelters, our plan is to fund attorneys and caseworkers for anywhere between two and three years to help prepare their cases. We’re hiring someone to help organize the effort, and then we’ll put a budget together that will reflect the cost. At that point we’ll seek out the donors we have who might be interested in this subject matter.

Were you hesitant to get involved because of how the issue has been politicized?
To us it’s a human rights issue, not a bipartisan one. I will tell you, though, it’s interesting because some of our donors who might be considered conservative are some of our biggest contributors to issues like this.

Homeless activist Ted Hayes made the point that we should be focusing on local youths in need who are already American citizens, and not these children from Central America.
Mr. Hayes has made similar comments before. We do have a homeless population, we do have poverty here, but this is a humanitarian issue. CCF has many programs in which we work with the city’s homeless population. We are responding to a human crisis, and I’m sorry to hear that he feels that way.

What will be the biggest hurdle in this process?
Do we have the resources—that’s one of the issues that people will have to contend with later on. What’s going to happen once these kids are released and don’t have access to mental health [services]? It’s a question mark; I don’t have a solution. We’re already having a hard time dealing with [mental health services for] veterans, so it’s an issue.

What’s something that has surprised you in all of this?
The disappointing response of some of our citizens as manifested in Temecula. We all have a right to present our case and our views, but it has been done in a hateful way. I thought California was over this kind of thing, but I guess not.

How can Angelenos who want to help get involved?
We want to get a sense of the organizations that want to be involved, and then we’ll list them on our Web site. That way, if someone is interested in giving, they can give directly. They don’t have to go through us.