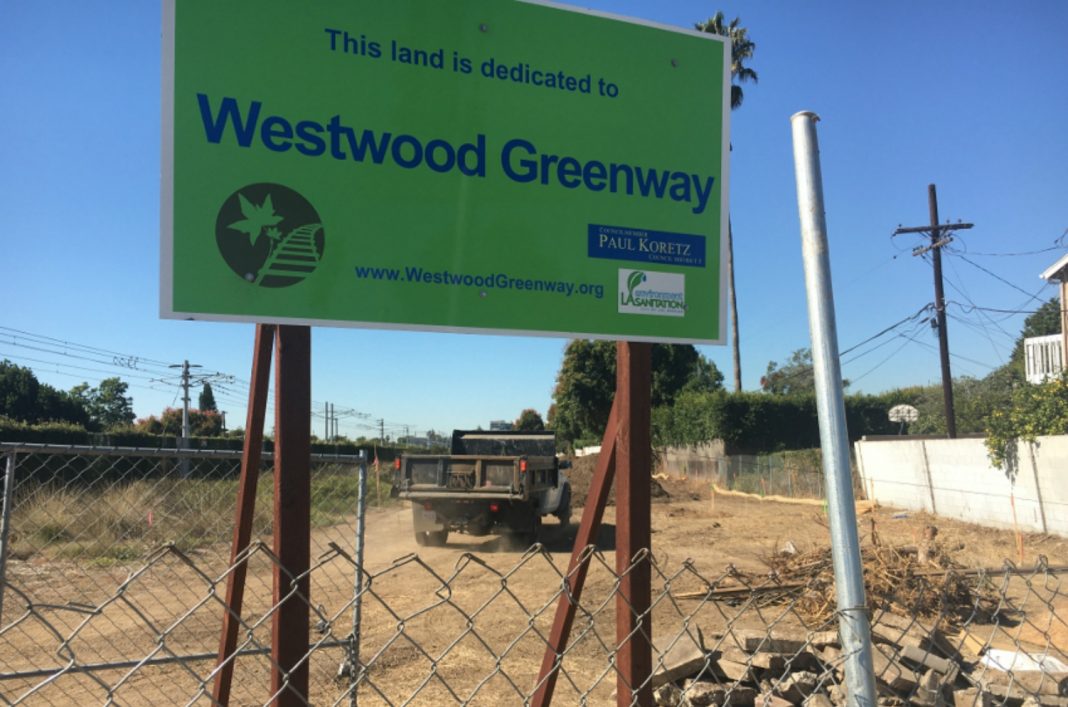 Over three years after the Expo Line extension opened in West L.A., work on an adjacent “greenway” has finally begun along the Westwood/Rancho Park station.

Crews officially broke ground in late December on the Westwood Greenway and are currently clearing brush and grading horizontal strips of space along both sides of the tracks. The end result will be a “park-like” environment that serves a practical purpose, according to Jonathan Weiss, a spokesman for the Greenway Steering Committee. While there will be preserved open space for the public and ADA-accessible walking paths on both sides, the main purpose of the greenway is to clean polluted runoff water and educate the public on conservation and the role of native plants in saving water and eliminating pollution.

A polluted underground creek will be pumped to the surface where sunlight and native plants will clean the water. The enlivened creek will restore scrub and trees before flowing into the Ballona Creek and the Santa Monica Bay.

The green space will also provide a native habitat for local birds and butterflies. “All the plants will be native, and there will be a garden too,” Weiss says.

Funded with a $2.2 million grant from the Santa Monica Bay Restoration Commission and operated the Department of Sanitation, the Westwood Greenway will give people more reasons to utilize the Westwood Station, which offers little more than a quick connection to UCLA.

An amphitheater will offer an opportunity for school children to learn about biology and the local environment. When the greenway opens in late 2020, students from USC, Santa Monica College, Dorsey High School, and the Foshay Learning Center can take environmentally minded field trips to the greenway without even having to get in a car or bus.

RELATED: Will the Problems That Plague the Expo Line Get Worse Next Year?