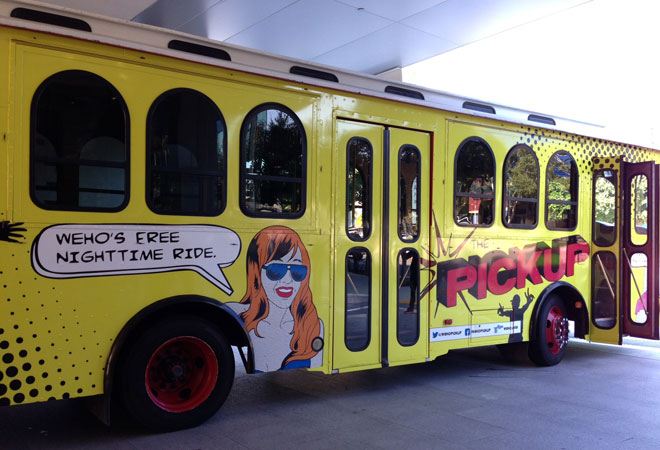 We were instantly onboard when West Hollywood debuted “The Pickup,” a free evening trolley offering a safe ride down Santa Monica Boulevard on Friday and Saturday nights, back in August. Now we’re hopeful the service, which began as a six-month pilot program, continues rolling when West Hollywood’s contract with American GTS, the company that owns and operates the trolleys, expires later this month. On Monday, the city council asked city manager Paul Arevalo to look into continuing The Pickup program on a month-to-month basis while a full analysis of its success is underway. City representative Lisa Marie Belsanti expects the findings to be impressive—between 1,200 and 1.500 boardings have been recorded per weekend, “much more” than was originally expected.

“We thought we would see a drop off once fall came around, and we haven’t,” she says. “It’s become a part of the culture of that entertainment district along Santa Monica Boulevard.” Belsanti says she’s glad residents might not have to go without The Pickup while the city considers the service’s future—which could include additional days and an extended route, down the line. “It’s not just a convenience,” she says, “it’s an amenity people have become accustomed to.”