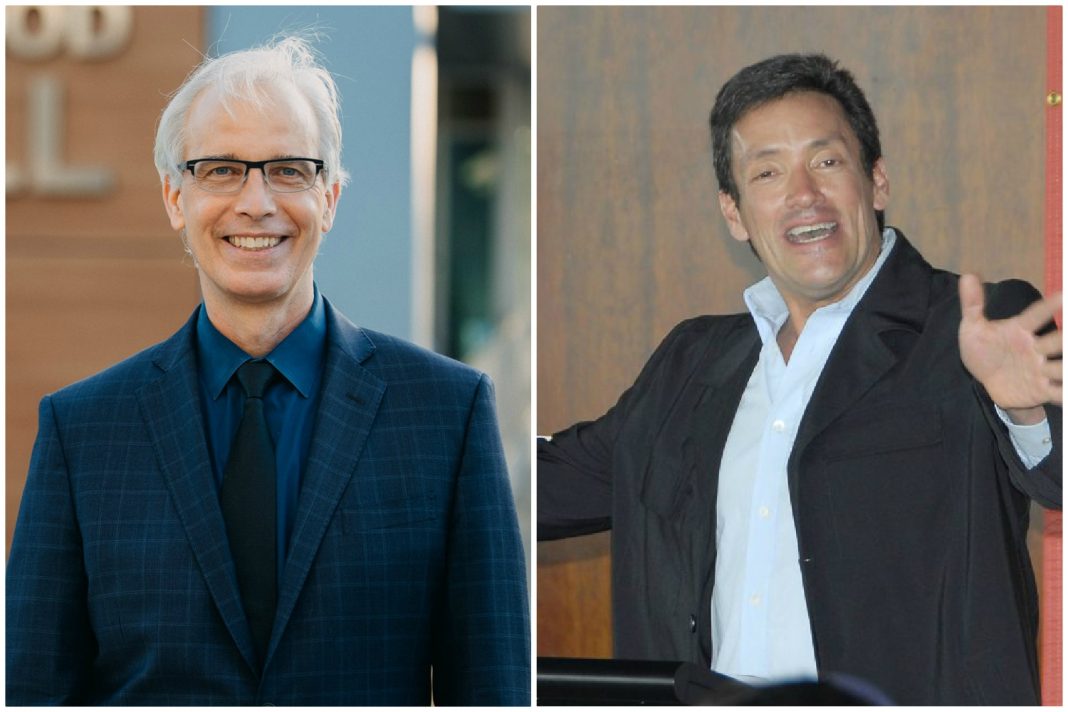 Residents of West Hollywood sent a message that they want change, voting out two veteran members of the City Council.

John Heilman, a councilman since WeHo was incorporated in 1984, and John Duran, who has served since 2001 (and blamed the #MeToo movement when several men accused him sexual misconduct) both lost their reelection bids to political newcomers.

Filling those seats come December will be Sepi Shyne and John Erickson. Shyne, 43, is an attorney who runs a holistic healing business for humans and pets. Erickson, 35, is the director of public affairs for Planned Parenthood Los Angeles.

“People are ready for change, with everything we have gone through, with the social justice movement, the pandemic,” Shyne said. “People have awoken to want evolution on every level.”

Shyne, an Iranian American lesbian, is the first queer woman of color ever elected to the council. Last year, she ran for a council seat and lost.

“Politics was never something I thought I was going to do, honestly,” she said. “But in November 2018, after the blue wave, the rainbow wave, the women’s wave, for the first time ever I started seeing myself in office. As a queer Iranian woman, I had never seen myself [reflected].”

Shyne, who was previously on the city’s Lesbian and Gay Advisory board, currently serves on the West Hollywood Business License Commission—positions she was appointed to by Heilman.

Erickson, a Wisconsin native who’s lived in West Hollywood since 2010, was an intern for the City Council and later worked as a deputy to former Councilwoman Abbe Land. He was appointed to the West Hollywood Planning Commission by Heilman.

“It was time for people who look like me, people my age, to run for office,” he said, though he admitted that defeating Heilman was bittersweet because Heilman is “a personal hero of mine.”

“I’ve served my community for 36 years, and it’s been an incredible honor and a pleasure,” Heilman, 63, who teaches at Southwestern Law School and the USC Gould School of Law, told the Times.

“When we both lose our seats at the same time, it’s a sign voters want something new,” Duran, 61 said, adding that he won’t mind a little less public scrutiny.

“Every time I sneezed, there was a story… about it,” he said. “I was constantly in the public eye, constantly in public scrutiny. I feel I’ll get a little bit of my privacy back.”

RELATED: Are People Really Moving Out of L.A. in Droves Amid the Pandemic?

No, the Old Rage Space in WeHo Isn’t Really Becoming a Spirit Halloween