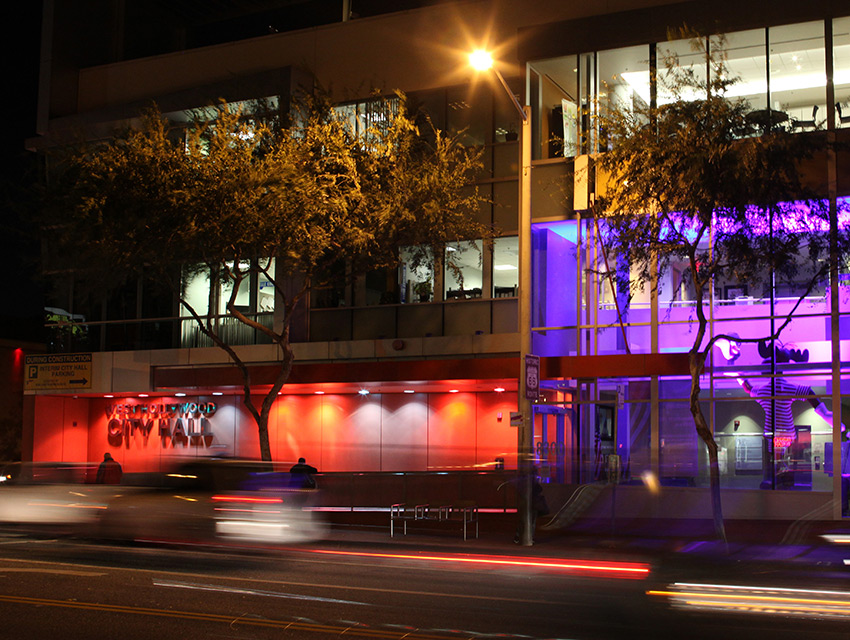 In celebration of Transgender Awareness Month, West Hollywood City Hall is awash in blue, pink, and white—the colors of the transgender flag. Sure, the lights in the photo above look a bit more like orange and purple, but hey, we’ll take City Hall at their word. West Hollywood officials held a lighting ceremony Wednesday evening.

Monica Helms, a transgender woman, designed the transgender flag—which was was first flown at an LGBT pride celebration in Phoenix, Arizona, and later, amid some controversy, atop the flagpole at San Francisco’s Harvey Milk Plaza—in 1999. It is comprised of five horizontal stripes, two each of light blue and pink, the traditional colors for baby boys and girls. The central white stripe symbolizes those who are intersex, transitioning, or identify as having a neutral or undefined gender. Last year Helms donated the original flag to the Smithsonian National Museum of American History.