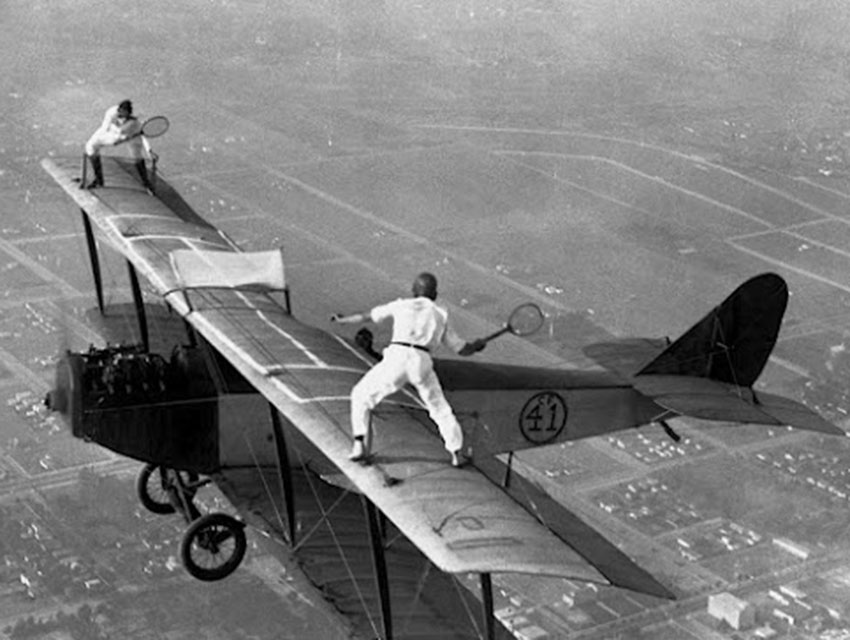 Los Angeles isn’t known for being an extreme city. Shower rationing aside, we’re better known for being easy going than for pushing limits. And yet, thanks to athletic luminaries like George Freeth and the Z-Boys, our culture is the why adventure sports like surfing and skateboarding are as cool as they are. Well, maybe we’re ready to get our heart rates up, after all. A proposal to install a zip line over Runyon Canyon is making the rounds with local officials. The thought of tourists flying over hikers is equal parts exciting and terrifying—and it got me thinking. How else could L.A. get more extreme? Some ideas:

Cross-the-10-Fit
Angelenos love workout fads and hate traffic, so why not turn the East-West connector into a Frogger style sprint game? It could get people from Cheviot Hills to Culver City much more quickly.

An Angels Flight Loop De Loop
The downtown hill crawler is basically a mini-coaster and, since the shortest railway in the world is on extended vacation for repairs, the engineers behind it should consider an extreme addition: a loop de loop befitting a theme park.

Dr. Whole Foods
Think extreme organic living. What if the Whole Foods at Fairfax Avenue and Santa Monica Boulevard became the only medical center in town? We could all live life on the edge, naturally.

The DMV Challenge
If the automotive department ditched its appointment system for a first-come, first-served one, residents would spend a day waiting in line practicing extreme patience.

Echo Park Lake Crocodiles
The quaint Eastside water spot is home to paddleboats and day-drinking hipsters. Why not kick things up a notch by inviting a few crocs to move in? That could certainly get people paddling with more urgency.

The Disney Dazzler
Walt Disney Concert Hall’s muted metallic façade is the product of a sandblasted finish. Why? Because the original design was so shiny it was deemed dangerous for drivers and passersby. We say restore that DTLA beacon of light! She was extreme.

The Venice Bike Walk
Think walking the Venice boardwalk is wild? Let’s see what happens when the city combines the walkway and bikeway. Whoa, bro.

Go Awaze
Imagine Waze being removed from all phones in the Los Angeles area. We’d all go back to using Google Maps. An extremely uncool idea.