Home Politics All the Ways California Is Fighting to Protect Immigrants 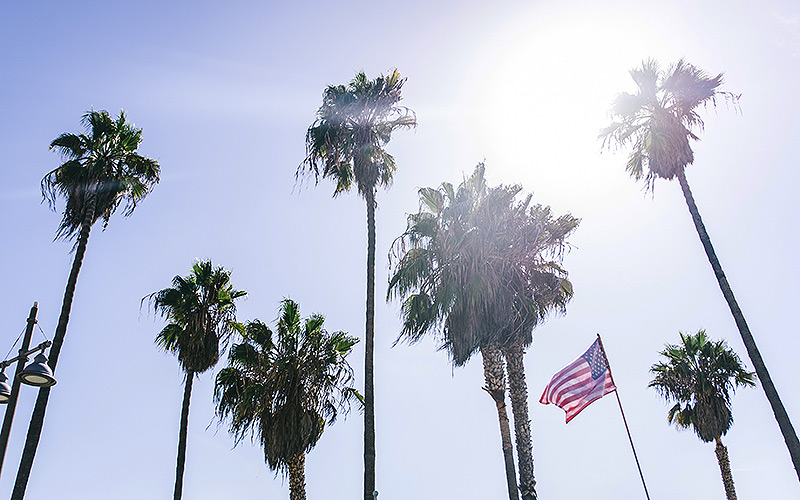 We’re pretty damn proud to be Californians these days. Not only did we vote last month to fix schools, revive bilingual education, improve gun control, and legalize marijuana, but in the time since the election we’ve made it clear that we’ll do everything in our power to support the immigrants who make our cities great—2.4ish million of whom are undocumented, comprising around six percent of California’s entire population.

Even if we, as a state, get no actual say in national immigration policy, we’re doing what we can to resist Donald Trump’s wish to eventually deport 11 million immigrants, starting with two to three million he claims have criminal records. In the face of that alarming prospect, California organizations and leaders are taking major steps—some symbolic, some concrete—to protect undocumented immigrants. And that’s in addition to the ambitious rights and protections the state has already granted to those who did not arrive here legally.

There’s no official definition of a sanctuary city, but California cities—including Los Angeles, San Francisco, Oakland and Santa Ana (the first city in Orange County to ever do so)—have labelled themselves as such, emphasizing that they’ll limit local law enforcement’s cooperation with national immigration policies as much as legally possible. Trump has threatened to withdraw federal funds from sanctuary cities, but local leaders haven’t swayed.

…provide legal aid for immigrants facing deportation
On Monday the state legislature introduced a bill that would provide grants to nonprofits that set immigrants up with lawyers to challenge deportations.

…require a border wall be approved by California voters
If Trump does decide to build a wall along the country’s entire southern border, California could mayyyybe require that it be put to a vote first, and then we could all vote it down. That’s the hope. At the very least, California can be uncooperative enough to make building the wall here a huge pain.

California’s delegation in the House of Representatives is leading the charge of Democrats who want President Obama to pardon the hundreds of thousands of people who were brought here as children. Currently, those immigrants possess temporary deportation deferrals and work permits granted by Obama’s Deferred Action for Childhood Arrivals program, which was enacted via executive order and could easily be discarded by Donald Trump (though the president-elect indicated sympathy for the workers in an interview with Time, promising to deal with them in a way that would make everyone “happy and proud,” whatever that means). A pardon from Obama wouldn’t make these residents legal, but it would put them in a place where they could apply for legal status.

The University of California has pledged not to help federal agents with anything relating to immigration violations and will continue to accept students regardless of their immigration status. The university system will “vigorously protect the privacy and civil rights of the undocumented members of the UC community,” according to a statement from UC President Janet Napolitano—who, along with leaders of the California State University and California Community College systems, sent a letter to Trump, exhorting him to allow undocumented students to proceed with their educations.

About. Time. Though not really enforced, it’s technically a misdemeanor to sell tacos or danger dogs or freshly sliced mango with a dash of chili powder on the streets of L.A.—bad news bears for our undocumented residents since Trump has made clear he’ll be most aggressive about deporting immigrants with criminal records. That’s part of the reason the City Council is pushing hard to legalize the $504 million industry (seriously) that has had a largely positive impact on the city. (This would be a win for literally everyone because street tacos are this city’s lifeblood.) They’ll do away with criminal penalties for peddling stuff on the street, and vendors will no longer have to provide their immigration status when applying for a permit.