Home Uncategorized There’s Reason to Be Optimistic About the Future of Water in L.A. 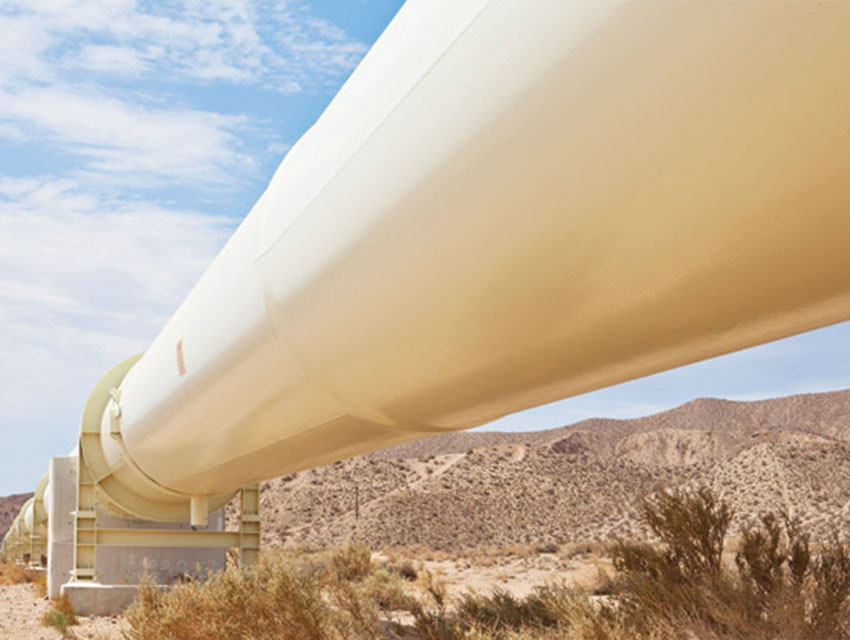 People have always worried about water in California. We’ve been fighting over it for so long, the conflict itself has become part of our landscape. We’ve seen farmers suing miners, fishermen suing farmers, cities suing cities, and other western states suing California—along with one another—to control a precious resource that can seem frustratingly fickle. Wet years marked by torrential rain, mudslides, and floods are followed by shriveling droughts. All the while, enormous rivers flow in one end of the state, far from the enormous thirsts elsewhere.

To slake them Californians have built one of the biggest hydraulic systems the world has ever seen—1,400 major dams and thousands of miles of aqueducts to move the water from the north, where two-thirds of the precipitation falls, to the south, where two-thirds of the people—and almost a third of farms—reside. All of it helps underpin a $2 trillion economy, the eighth largest on earth, but it’s done little to nudge the state back from being forever on the verge of a water crisis. As climate change threatens to make California’s ten-year drought the “new normal” and the population is projected to reach 59 million by 2060, battles over water are ratcheting up again.

After all, everyone knows water is scarce. But is it? If you were to divvy up the water available in our reservoirs and underground aquifers, there’d be enough each year for 630 million Californians living in suburban homes, each furnished with a lawn and a swimming pool. In reality the 38 million people who do live here use only about 20 percent of that. The rest goes to agriculture: No other state produces more crops—almost all of them requiring irrigation. Water means everything here.

Yet from a certain point of view, we have so much of it, we waste it as fast as we can. In fact, it’s the law. California water law is based on the “use it or lose it” principle, invented in the miners’ camps of the Gold Rush: The first to grab it can claim as much as he can take. If he doesn’t use it, the water “right” can be taken away—which amounts to a perverse incentive to not conserve. What’s more, most water is priced below what it costs taxpayers to supply it. “California is not running out of water,” the nonpartisan Public Policy Institute of California stated in a 2010 report, “but the state will face increasing water scarcity. It is often said that there is not a shortage of water, only a shortage of cheap water.” Many cities, including Sacramento, don’t even have water meters. And half of California farms still practice wasteful flood irrigation—literally submerging a field or an orchard in water—when employing sprinklers or drip systems could save nearly as much water on farms every year as all 38 million of us use at home.

But ever on the move, the Golden State has been too successful to slow down and pay much heed to the problems that it has created for itself. Toxic dust storms blow up from dry lake beds, producing some of the worst air pollution in the United States. All but 5 percent of our historic wetlands are gone, replaced with asphalt and polluted runoff. All but a few of our rivers and streams are dammed, devastating fish and wildlife. California’s chinook salmon run was once the third largest on the Pacific Coast. Today it’s shrunk by 98 percent, the fish likely headed for extinction as they leap futilely against the base of dams, among them a 700-foot-high one designed to bring water to L.A.

Our quest for water has been expensive: tens of billions in taxpayer money over the decades, including $19.6 billion in bonds approved by voters since 2000 to clean up polluted waterways, rebuild aging pipes and treatment plants, construct new aqueducts and dams, and remove others that are dangerous or useless. Money hasn’t solved the problem, though, and there are billions upon billions being lined up for other projects—with no guarantee that they will, either. The end is not nigh; California can continue to thrive for our children and their children, but not if we continue to apply a century-old philosophy to handling our most valuable resource. Now more than ever, it pays to know your water.