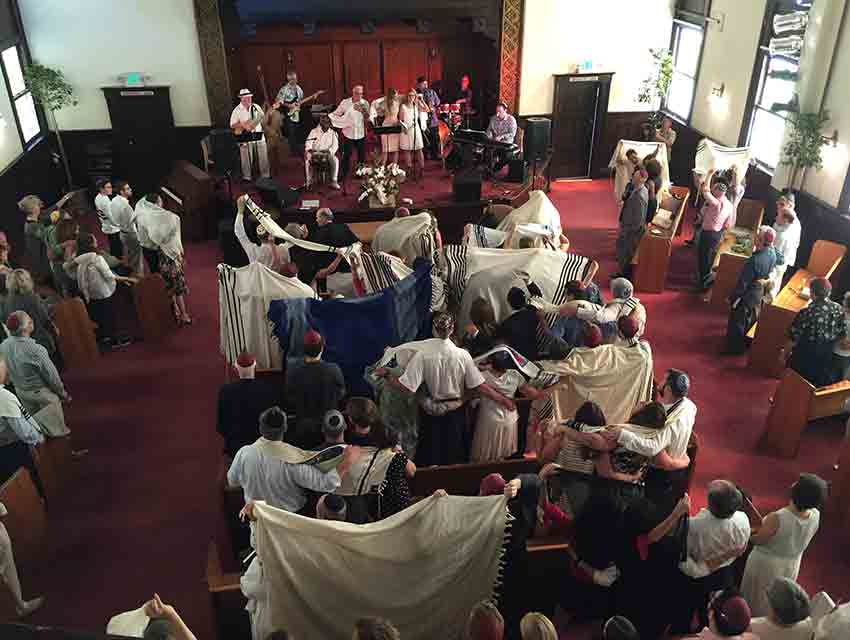 Three years after Jewish community leader Craig Taubman set about transforming the former Welsh Presbyterian Church into a multi-faith center called the Pico Union Project, Jewish services were held at the downtown sanctuary for the first time this week. (A number of Christian groups and the country’s first all-female mosque have been worshiping at the Pico Union for some time.)

A few hundred people packed into the restored church to observe the holiday Rosh Hashanah on Monday. The intimate space has deep ties to Judaism; built in 1909, it was the original location of Sinai Temple. Still, it’s safe to assume that Monday’s service marked the first time in the 106-year-old building’s history that a man holding a ram’s horn uttered the words “Don’t blow it, Tweet it.” Take a look:

Seven Places to Eat Out for Rosh Hashanah Dinner