Home Crime Watch Out! 5 Surprising Stalker Myths That Will Make You Look Over... 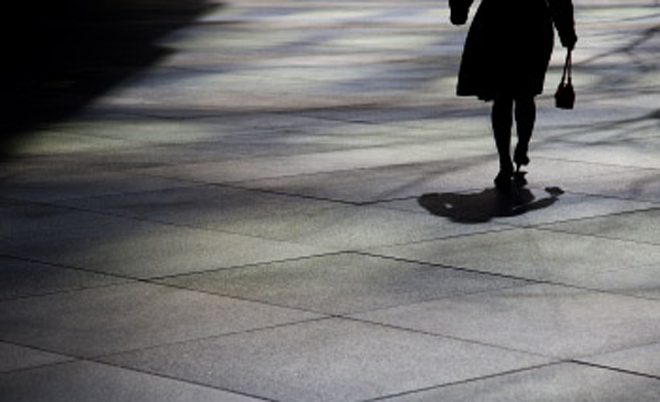 L.A.-based criminal prosecutor Rhonda Saunders is an expert on stalking and has spent the last 27 years working with authorities to improve laws for victims as well as acting as legal counsel for high-profile Hollywood cases, including ones that involved Madonna, Gwyneth Paltrow, and Steven Spielberg. She recently gave a lecture at the Barlow Respiratory Hospital on personal safety and legal issues for stalking victims. She spoke with LAmag.com about the common myths associated with stalking—and why the offense feels more prevalent in L.A. Close your Facebook account and read this:

Myth #1: Celebrities are more likely to be the target of stalkers because they’re in the public eye.
“Stalking affects average people more than celebrities. The media pays more attention to Spielberg, Justin Bieber, and Madonna, but 6.6 million people are stalked a year, according to most recent figures.   With celebrities, what’s usually going on is something called “erotomania,” where a stalker sees a person in movies or a magazine and believes they have a relationship with that person. But most stalking cases follow a cycle of domestic violence, with 66-percent of stalking occurring during or after a relationship. For instance, a husband who is so overwhelmed with jealousy, he will follow his wife to the supermarket. It’s not about love—he wants to control and overwhelm her.”

Myth #2: Stalkers are usually creepy guys hiding in the bushes.
“Stalkers cross all economic and racial borders. Ages too. A 72-year-old man who was stalking his wife tried to blow her up with pipe bombs—we caught him in his garage with gunpowder and PCP pipes. His excuse was, he had a gopher problem. He had no criminal history.”

Myth #3: Young, attractive women are the ones who have to worry most about stalking. Men, not so much.
“Men getting stalked is underreported, but it happens. I know of a man who was being stalked by another man. The stalking victim led an exciting bachelor life, and the stalker wanted to be part of his entourage, but he felt rejected. He got angry and sent flowers in a coffin-like box—with an RIP for the victim. The victim didn’t want to get the police involved. Then he received a GI Joe with plastic cocktail swords stuck into the genitals and heart. Still, he didn’t go to the police. The stalker then posed as a woman online and said “she” was sexually assaulted by this man. He then sent a jar of human defecation, and the victim still didn’t go to the police. Finally the stalker sent a letter that said, ”I’m watching you with your children.” That’s when the victim contacted police. The police actually found the guy in the act—he was coming of his building with a shopping bag with two more jars of human defecation.”

Myth #4: Stalkers are after you and only you.
“Everyone is talking to strangers these days—it’s not just fans of celebrities. On a college campus, in the workplace, online, you can log on as a ‘friend’ and then see pictures, read other people’s comments, and see who you’re close to. In the stalker’s mind you are the object of obsession, but what’s also dangerous is that the people around you are at risk. When victims put pictures of themselves, of their family members, of their children, these are the people who could be in the line of fire. They are targets. If stalkers don’t get the desired reaction, they start to take the next step—getting rid of the ‘obstacles,’ like friends and family—that need to be eliminated.”

Myth #5: Stalkers will eventually get tired and give up.
“They are brilliant. I’ve been a D.A. for 27 years. I’ve dealt with murderers, gangbangers—and the stalkers are the most clever. Jonathan Norman, for instance, was Steven Spielberg’s stalker. His motive was he wanted to rape Spielberg, so he packed handcuffs, a box cutter, and duct tape and showed up at [the director’s] compound and was turned away. So he ordered a car that was identical to Spielberg’s wife’s car—in his mind, the guard would let him in. He was delusional and extremely dangerous, and he ultimately crashed the car into the gate. Typically, stalking doesn’t go away; it escalates. Even when they are in prison—you can get five years for aggravated stalking—stalkers call their victims collect. Stalkers will act up—their mentality is, ‘I’ll do whatever I need to do.’