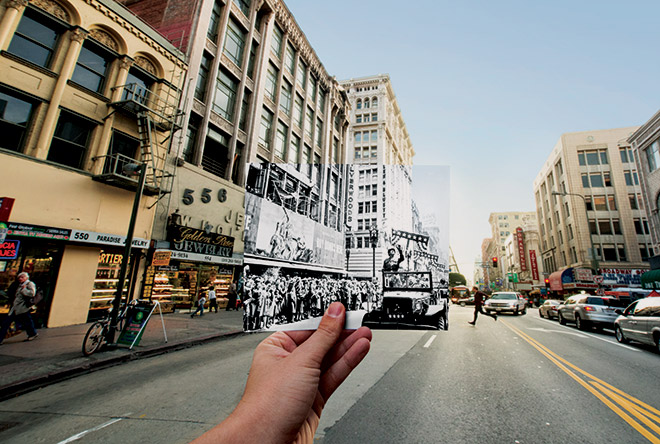 San Gabriel native General George S. Patton was born into a family with a long line of military men. He is believed to have initiated the army’s first combat use of an automobile when he led a hunt for Pancho Villa in 1916. During World War II, his troops set records for the number of prisoners captured and the amount of territory liberated. In June 1945, he came home a hero. Soon after Nazi Germany surrendered, an estimated 1 million fans crowded the streets of downtown L.A. (inset) to catch a glimpse of the charismatic warrior. The adulation was cut short; Patton broke his neck in a car accident that December and died 12 days later. His famous bull terrier, Willie, was sent home from Germany to live out his days with the general’s wife and daughters.