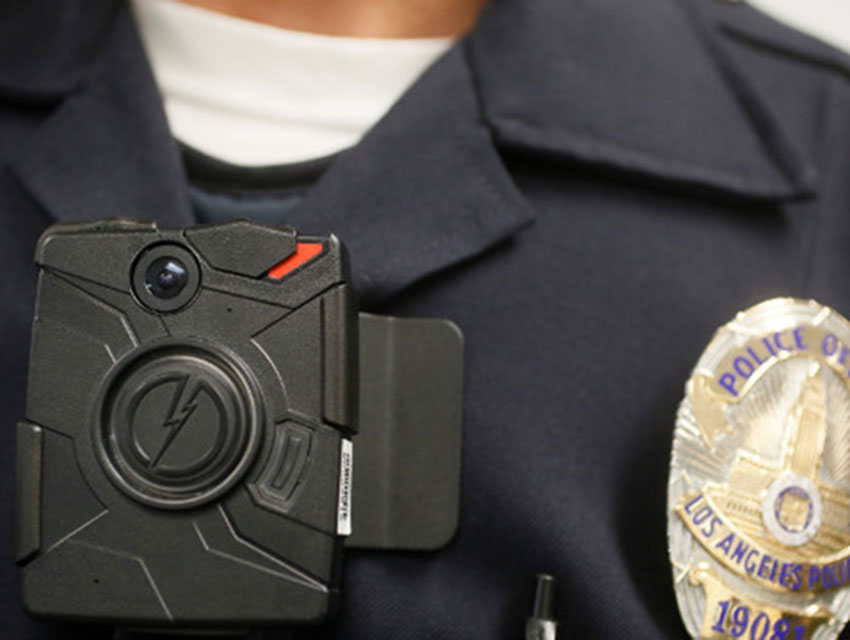 When a New York jury decided this week not to indict white police officer Daniel Pantaleo in the death of Eric Garner, a black man who was unarmed when Pantaleo restrained him with a deadly chokehold, it incited protests across the nation—and added voices to an ongoing discussion about the effectiveness of police cameras. That’s because Garner’s death was caught on film by a bystander; the jury voted against an indictment despite having visual evidence of the events that took place, leaving many to believe that equipping officers with cameras would do little to stem inappropriate conduct or promote justice.

At a Paley Center for Media event celebrating an exhibition of his personal collection of famous typewriters, Los Angeles Police Commission president Steve Soboroff, who has been a staunch advocate of equipping LAPD officers with cameras, weighed in. “My opinion on video cameras for police hasn’t changed,” he said. “I believe that if [Pantaleo] would’ve had an on-body camera that his behavior would have changed. The fact that someone was standing there and took pictures is not the same, so no, it doesn’t change my opinion.”

“One of the great things that happens when you use on-body cameras is that it keeps things from escalating,” he added. “[The exchange between Pantaleo and Garner] is one of the most tragic things I’ve ever seen escalate unnecessarily.”

Soboroff says Angelenos could see officers wearing cameras by early 2015. “We’re doing the policy and the officer training,” he said. “By March we’ll have the cameras out there. It has brought stakeholders like ACLU, the Protective League, and different neighborhood coalition groups together. The process for creating the policy [around how the cameras are used] is going to be the same: open and public.”

Soboroff wants the LAPD to lead other departments by example. “My hope is that when the President starts sending out [funding for initiatives], instead of just sending the money he will send a little brochure that says, ‘See L.A.? The way L.A. picked cameras with the money? Here’s the money. Follow what they did. See the policy they are using? Follow that.’ I’m proud! I think our process to date has been flawless.”

L.A.’s Top Cops Say They Want Police Killings Investigated by a Task Force—Populated by Other Cops