Home Politics Two Californians Are on Joe Biden’s VP Shortlist. What Are Their Chances? 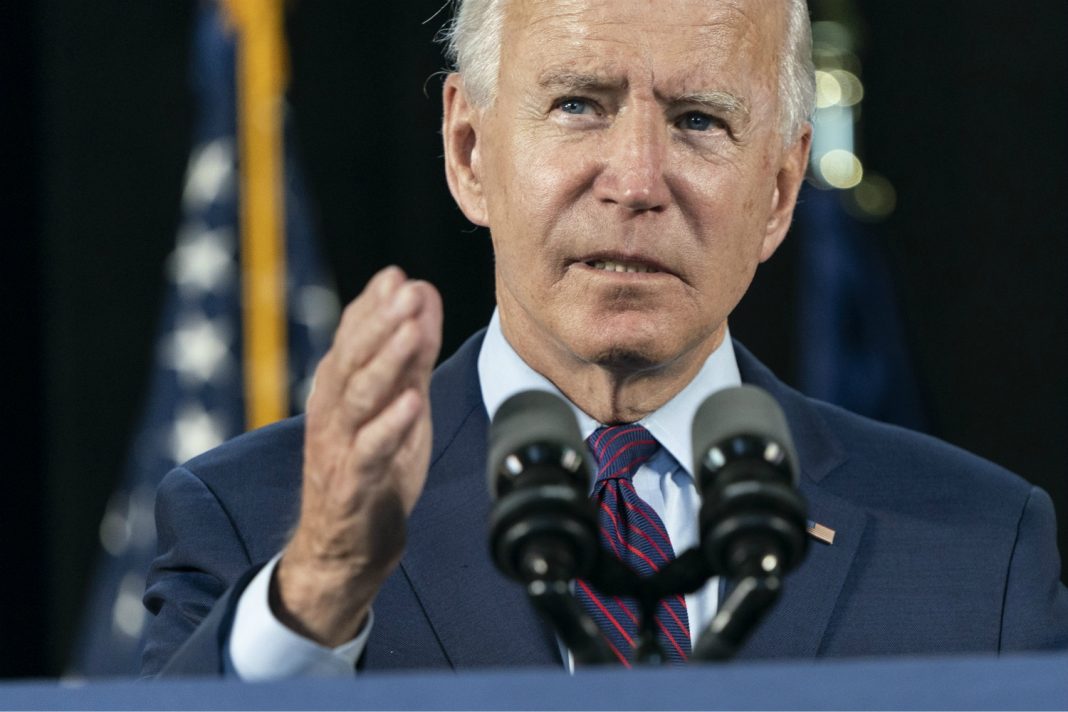 The 2020 “Veepstakes” are underway, with presumptive Democratic party presidential nominee Joe Biden reportedly considering approximately a dozen women as running mates. In addition to big names like Massachusetts Senator Elizabeth Warren, Florida Congressional rep Val Demings, Illinois Senator Tammy Duckworth, and Atlanta Mayor Keisha Lance Bottoms, the list includes a pair of Californians: Senator Kamala Harris, who exploded on the national scene during her own run for the White House, and Karen Bass, the Los Angeles congresswoman and chair of the Congressional Black Caucus, who has received significant attention as the nation has wrestled with racial justice in the wake of the police killing of George Floyd.

Both Harris and Bass are widely praised in local Democratic circles, and each has deep ties and fervent supporters in Los Angeles. But the matter of who area power players are lining up behind is a secondary concern.

“The overarching thing that I keep hearing is that active Democrats are focused on winning the White House in the fall. That’s their priority,” says attorney Darry Sragow, a Democratic political strategist and publisher of the California Target Book. “Their angst over Donald Trump transcends everything.”

Michael Trujillo, a Democratic strategist whose work includes the 2016 Hillary Clinton campaign, adds, “I don’t know that people are picking sides, because it’s really Biden’s choice. Picking a side doesn’t do so much.”

One potential strike against the Californians is that, well, they’re Californians. The state is destined to deliver its 55 electoral votes to Biden in November, meaning neither Harris nor Bass would provide the type of home-court bounce that a choice from a battleground state could offer. Plus, many voters in other states fall back on the tired thinking that all Californians are liberal kooks.

“We’re the state everyone loves to hate. We’re called La La Land, the Left Coast,” comments Garry South, a consultant and strategist with more than four decades of experience in Democratic party circles. “A lot of that is overblown, but I do think there is a certain amount of suspicion if not animus in a lot of other places in the country.”

The Golden State’s reputation aside, there’s the question of how either Harris or Bass would complement Biden, and what each would bring to the table when it comes to serving with someone who apparently wants a formidable VP.

Harris is better known than Bass, and seems to have more applicable experience, as well as more potential baggage. Last year she attacked Biden during a presidential debate for working with segregationist lawmakers to oppose school busing in the 1970s, and her relationship with Biden’s wife Jill has been questioned, although the two have recently made appearances together. There are also critiques that, in her eight years as San Francisco District Attorney and six as California Attorney General, she was not quite the “progressive prosecutor” she’s made herself out to be. Her criminal justice record prompts speculation that some Black voters might prefer a different candidate.

A counter is that Harris boasts significant leadership experience, gained the adoration of many Democrats by grilling U.S. Attorney General William Barr following the release of the Mueller report last year, and had a strong relationship with Biden’s late son, Beau (they were both state attorneys general).

Bass, whose resume includes a stint as speaker of the California Assembly, is only now emerging on the national radar screen, but the five-term Congresswoman has many ardent fans. Political observers think she’d work well with Biden. Trujillo calls her a “perfect” choice, and notes that in her pre-politics life she founded the Community Coalition, a South Los Angeles social justice nonprofit.

“The thing about Karen Bass is that she uniformly, and without exception, is liked and respected,” says Sragow. “All I’ve ever heard are things that are very positive—she is smart, disciplined, she cares about the right things.”

A negative may be less about Bass than her position—South points out that being one of the 435 members of Congress doesn’t historically pull in a lot of voters when it’s time to pick a president.

Harris is high on the tote board of potential nominees, but Biden may wait until August 1 to make his selection, and observers point out that a lot can change in a month.

If either Harris or Bass goes to Washington with Biden, a new line of dominos could fall, particularly if Harris’s seat opens—Rep. Adam Schiff, Mayor Eric Garcetti (who has helped vet VP candidates for Biden), and Secretary of State Alex Padilla are often discussed as having Senate dreams.

Even if neither woman makes the ticket, a Biden win could still put California in a strong position.

“With Kamala Harris and Dianne Feinstein in the Senate, we have a pretty loud voice in D.C.,” Sragow says, “and a Biden presidential team would probably have a lot of prominent people from California.”