Home Health Bills Before the California State Legislature Aim to Make Voting in 2020... 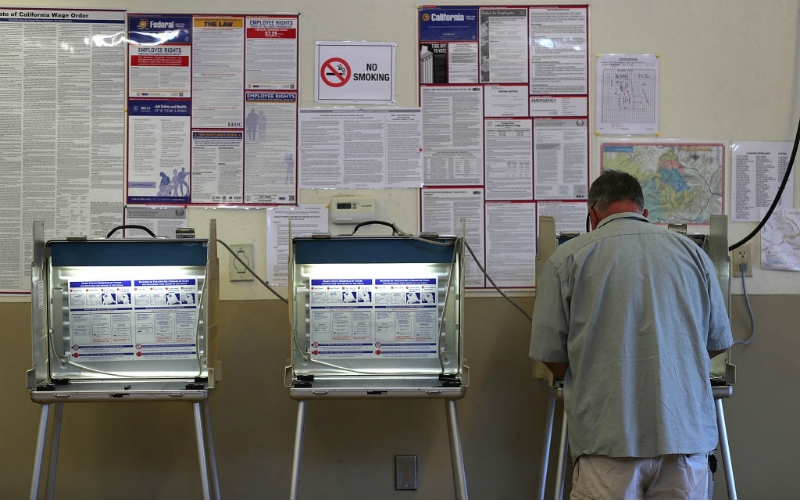 While it might have faded from the fore of your mind amid the daily drumbeat of pandemic news, there is still a very big election coming up in November. But how, exactly, ballots will be cast in that election remains the subject of some question. By November, we could be seeing a powerful new wave of the outbreak. Many residents will be unwilling to risk their health to stand in crowded lines and touch voting machines used by hundreds of strangers. California is already pushing to make vote-by-mail the default for all registered voters, but some residents will still need to use in-person voting centers. Two new bills before state legislature attempt to set guidelines for how all of these issues can be addressed.

Introduced in the State Senate by Thomas Umberg of Orange County and in the Assembly by Marc Berman of Menlo Park, AB-860 and SB-423 seek to make a special amendment to existing voting laws in the state in time for the November election. The pair, who chair the elections committees of their respective chambers, also sent a letter to Governor Gavin Newsom, in which they laid out concerns for ensuring access to the right to vote while also protecting public health.

“While mailing voters a ballot is a start, it doesn’t eliminate the need for in-person voting,” the letter reads. “Millions of Californians will need a safe in-person voting location this November because they never received a ballot, lost or damaged their ballot, need language or voting assistance, or need to register to vote.”

One of their proposals is to offer in-person voting centers at a ratio of no less than one center per 10,000 voters across the state, open for at least four days prior to Election Day. The goal will be to spread voters out over those days to avoid any unsafe gatherings at the polling sites. Materials will be sent out to voters saying that, if they cannot submit a vote-by-mail ballot, they should try to avoid in-person voting at peak times. The Senate version of the bill also specifically encourages local officials to establish drive-through ballot drop-off points (and authorizes setting up voting centers in “locations whose primary purpose is the sale and dispensation of alcoholic beverages” where needed).

Running these facilities safely will require setting them up to accomodate physical distancing, educating poll workers on health concerns as well as election rules, and issuing adequate disinfectant and PPE supplies to every poll center. Those costs and others taken on by local agencies to carry out the election would be reimbursed by the state.

For those who can submit their ballot by mail, the bills would require officials in every county across California to automatically mail ballots to every voter registered for the November 2, 2020 election. Those ballots would go out by 29 days prior; under the proposed law, election official would be able to begin tabulating the results as soon as they received them, though no information about the tally could be released prior to 8 p.m. on Election Day. The bills would also extend the deadline for accepting the ballots until the 20th day after Election Day or two days prior to the certification of results in the presidential race, whichever date is later.

Even if the bills pass, their own authors admit, pandemic conditions might mean the governor has to take executive action to override the legislation at the last minute. “Uncertainty about the status of the pandemic may remain well into November and beyond,” reads the letter from Umberg and Berman. “If the pandemic persists or resurges, nothing would prohibit you from taking dramatic steps to adjust in-person voting requirements at the last minute if public safety requires.”