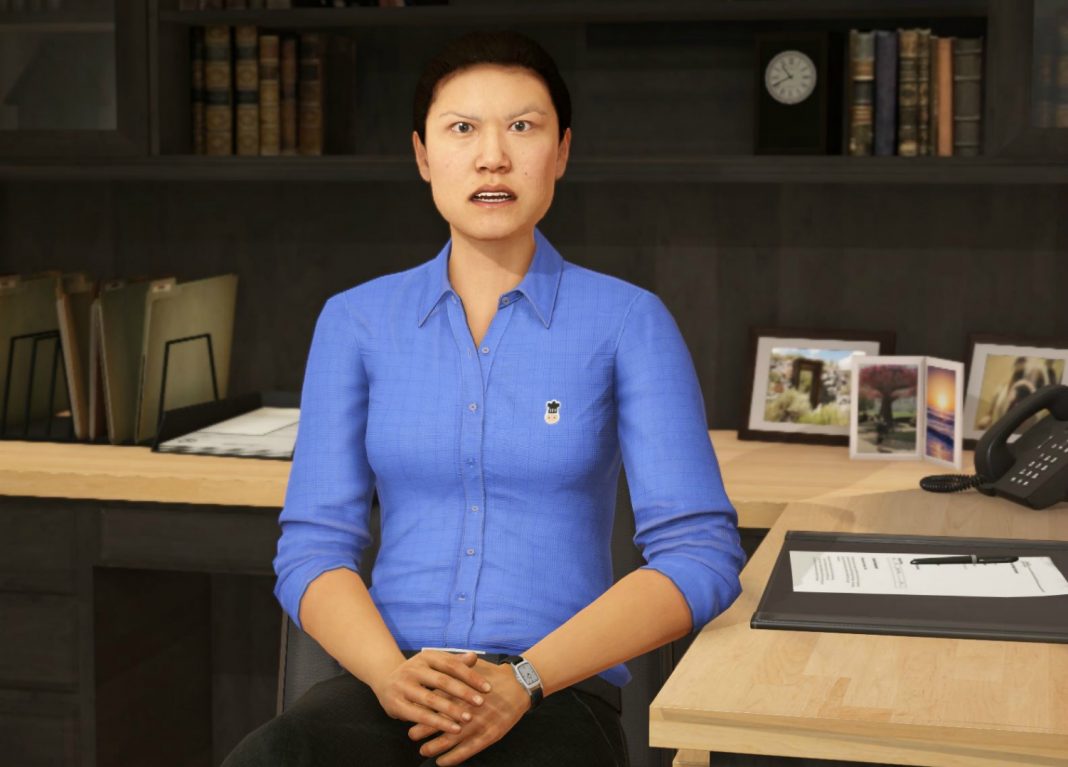 In a generic-looking office, Michelle Lee sits across from me in a neat, blue button-down shirt, her black hair pulled back tightly into a bun.

“OK so you’re a veteran,” she says, impatiently tapping her fingers on the table. “How did it screw you up? I mean, are you physically or mentally disabled?” I shift in my seat and smile nervously at the scowling interviewer.

Interviewees put on a headset while a vocational counselor stands off to the side and clicks on a screen filled with different questions and responses. Each response is color coded to match the aggressiveness of the phrase, which Wendy Whitcup, an associate producer at ICT, says is to keep the character’s personality constant throughout a training session.

Friendly responses like “it’s so nice to meet you” are marked with green smiley faces in the top right corner; veterans usually start their practice sessions with these. Then, as the veteran gets more confident, counselors click on neutral responses, like “have a seat, I’ll be with you in a moment,” which are marked with a gray apathetic face. Finally, the aggressive responses, are marked with a bright red frowning face.

The hostile script, while written by a team at USC, isn’t unrealistic for an interviewing veteran. In fact, some of the most offensive questions—“Did you kill anybody?”—came from real stories veterans told the writers.

“There’s an under-the-radar stigma,” says Skip Rizzo, the director for medical virtual reality at ICT. “Everybody says thank you for your service and all that but when it comes to hiring it’s like, well, is he all right?”

Vocational counselors can choose from six characters of different races and genders. Some of the faces are animated completely from scratch. Others are based on a person in the office who volunteered to be scanned and immortalized as a cranky interviewer. Then, the counselor picks the character’s disposition.

“Soft-touch” characters smile and compliment you after every question you answer. At the end of the interview, they thank you so much for coming in to meet them.

It is immediately apparent if you’re talking to a hostile character. They dart your gaze. They sound impatient. They scowl.

So far, the angry interviewers have been effective. U.S. Vets, a nonprofit for at-risk veterans in Los Angeles, started using an earlier version of the technology in 2016. In early tests, they found of the 37 veterans who practiced interviewing with the virtual humans, 36 were able to find jobs.

The interviewers are programmed to do a lot of human things—walk out of the office in the middle of the interview, check their notes, even sneeze. They are not designed to convince veterans they are human, though. In fact, Rizzo says part of the reason the device works is precisely because people know they’re not real.

He says the parts of the brain responsible for higher-order thinking understand they’re talking to a fake human. To the more primal, emotional part of their brain, though, the interview feels very real, allowing veterans to practice in a stressful but low-risk environment.

“You get all the elements of engaging with a person, all the benefits without any of the risk,” Rizzo says.

How an L.A. Hospital Is Using Virtual Reality to Prep Staff for High-Stress Scenarios