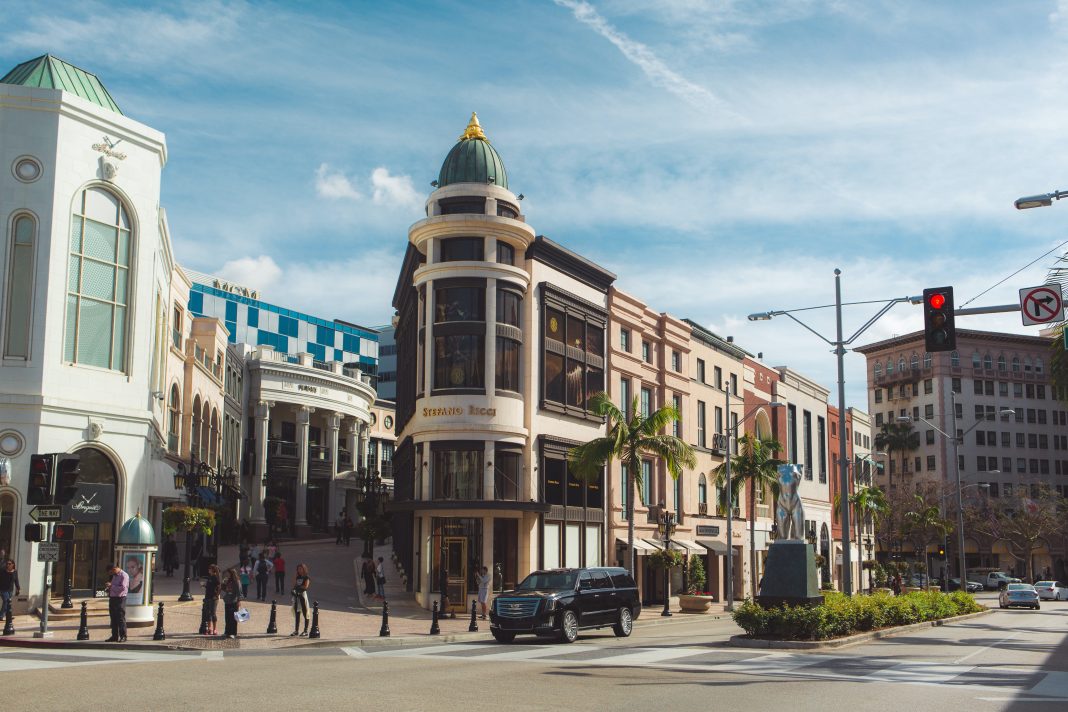 Photo by Anthony Fomin on Unsplash

Fashion designer Salehe Bembury has released a series of posts on Instagram in which he alleges Beverly Hills Police officers approached and questioned him on the street and  demanded an ID check. He says he believes he was profiled simply for being Black and carrying a bag from the nearby Versace boutique; Bembury is the vice president of sneakers and men’s footwear for the popular fashion label.

“The story goes as follows,” Bembury says in a lengthy statement on Instagram recorded after the altercation. “I was in Beverly Hills. I went to go visit my buddy Amiri’s store. And I was like, you know what, I’m never in Beverly Hills, let me stop by the Versace store. I grab a few things, and I’m walking back to my car. All of a sudden, this cop car pulls up on me on the corner, like with the quickness.”

Next, he says, two officers quickly hopped out of the vehicle and approached him, claiming that they had observed him jaywalking. Bembury does not specifically remember jaywalking, but concedes it’s possible he did, noting, “I’m from New York, I’m used to jaywalking.”

Then, he recounts, the officers insisted on a search of his person and possessions.

“Then they asked me to turn around, patted me down, he told me not to go in my pockets. He took my phone from me and put it down.”

After his phone was given back to him, Bembury says he requested the right to record the remainder of the incident. The video he was able to capture, which he posted online, shows one officer attempting to contest Bembury’s account of events, claiming, “What you’re doing is making it completely different” while another hands him back his ID and confirming that him they have no basis to detain him further.

“In the moment, I was just scared. You can hear it in my voice,” Bembury says in an Instagram Stories post. “I’m safe and I’m good, but it’s fucked. I was doing nothing wrong, casually walking down the street, with just a big-ass Versace bag.”

In a post on her own Instagram, Donatella Versace wrote a message of support for Bembury, and criticized the officers’ behavior. “I am appalled this happened,” she wrote. “[…] The behavior he experienced is totally unacceptable. He was stopped on the street solely for the color of his skin.”

The Beverly Hills Police Department did not respond to a request by Los Angeles to address this specific incident prior to publication. However, a press release posted to the BHPD website on September 16 appears to suggest the department has been on high alert for people using ill-gotten EDD unemployment benefits to shop in the neighborhood’s many luxury boutiques.

“The suspects will most often have numerous EDD cards in their possession with other people’s identities, along with large amounts of cash. They will then use the cards to lease short-term rentals, rent luxury vehicles, dine at restaurants, and purchase high-end merchandise,” the document claims.

While EDD card theft has been widely reported in the state during the pandemic, concerns about racial profiling have been raised about the BHPD for years.

One recent study found evidence that Black people were nearly 21 times more likely to be arrested by BHPD than their white counterparts. The Campaign Zero Police Score Card gives the BHPD a rating of F, specifically citing racial disparities in arrests and use of deadly force as a top area of concern.

UPDATE: 5 P.M. – Following the publication of this story, the Beverly Hills Police Department released a bodycam video of the incident and a brief statement.

On October 1, 2020 at 4:46 p.m., Beverly Hills Police conducted a pedestrian enforcement stop at Camden Drive and Wilshire Boulevard in Beverly Hills after Mr. Salehe Bembury was observed committing a pedestrian violation VC 21456(c). Mr. Bembury admitted to the pedestrian violation and told the officers he was looking at the GPS on his phone to determine where he was heading. The entire detention lasted about 3 ½ minutes.  Mr. Bembury consented to a search, was cleared of any outstanding warrants and released with a warning. No citation was issued.

Body cam footage of the incident can be viewed below. It’s unclear whether pedestrians are typically detained and patted down for weapons when stopped for jaywalking.