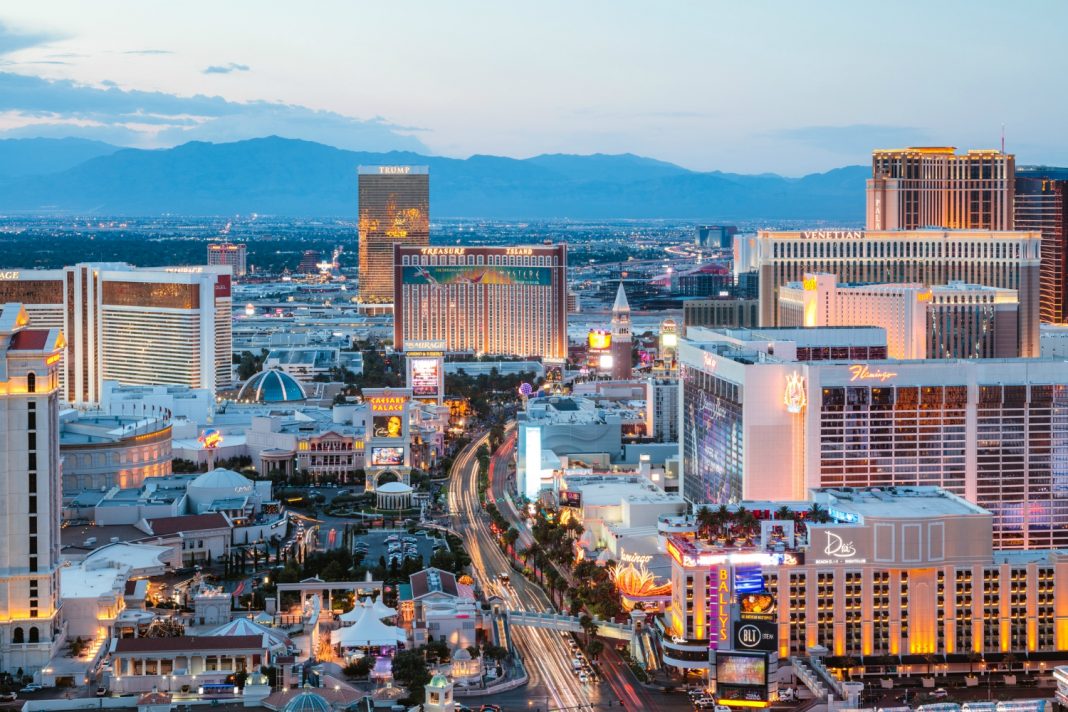 The prospect of train service between Southern California and Las Vegas got a boost in September when Florida rail company Brightline purchased XpressWest, a private venture that’s sought to connect the regions for years. Brightline—which hopes to begin service between Vegas and Victorville (more on that later) by 2022—has a successful track record, building and operating train service from Miami to West Palm Beach that runs at relatively high speeds (up to 79 mph). There’s room for skepticism though; many L.A.-to-Vegas train proposals have gone off the rails since Amtrak’s Desert Wind ceased operations 21 years ago. Here’s a primer on the plans since then.

This is the earlier incarnation of XpressWest, and has been chugging along for at least a decade. The privately run company hoped to operate high-speed trains (up to 150 m.p.h.) over a 185-mile route between Las Vegas (likely with a stop at the Plaza Casino in DTLV) and Victorville. Many scoffed at Victorville, saying people would not drive all that way just to transfer to a train for the rest of the journey. DesertXpress later countered that an extension would be built to Palmdale, connecting the line to Metrolink (southern California’s commuter rail system) and the future California High-Speed Rail Line. At one point, it looked like China might fund the endeavor. DesertXpress, which eventually became the renamed XpressWest project that Brightline purchased, severely stumbled in 2013 when Republicans denied the effort a federal loan, at least partially because executives wanted to purchase Canadian trains for the system.

This proposal by Las Vegas Railway Express would have operated service on mostly Union Pacific tracks, between Fullerton and North Las Vegas—not quite DTLA and the Strip—on old-fashioned, likely diesel trains. First proposed around 2010, X Train would not have been a bullet train by any means (the trip would take longer than a traffic-free drive) but the penny-stock company did offer up a fresh alternative to white-knuckling the 15. Luxe seating, food, gaming, and plenty of drinks were all part of the X Train package, so much so that the project was nicknamed the “party train” with inaugural rides proposed on New Year’s Eve 2013 and 2015. But funding never came together and the idea quietly croaked. Oddly, the X Train still operates a recently updated Facebook page (it mostly posts about wine) and a website that offers tickets, but asks those interested to check back later.

This proposal quickly crashed and burned, mostly because it was never legitimate. A Nevada-based entertainment company was behind Z-Train’s short life, claiming the people behind the X Train stole their idea. Lawsuits were threatened and then, in 2010, Union Pacific—which Z-Train claimed it was negotiating with for use of their tracks—denied it was working with the executives of either the Z or X trains. That was about the last time we heard of the former.

Had this come together, it really would have been something. Maglev trains, which operate via magnetic levitation, can run over 300 mph and this proposal—which gained traction in the train glory days of 2008 and 2009—promised to whisk passengers between Anaheim and Vegas in about 81 minutes, barely longer than the flight. Seen as a competitor to DesertXpress, the maglev effort was considered a real possibility with powerful Nevada senator Harry Reid advocating for it at one point. Estimated in the tens of billions, the effort never found serious funding and the government, including Reid, lost interest. By 2012, it was over.