Home Opinion As Vape-Related Deaths Rise, No One’s Talking About Fixing What’s at the... 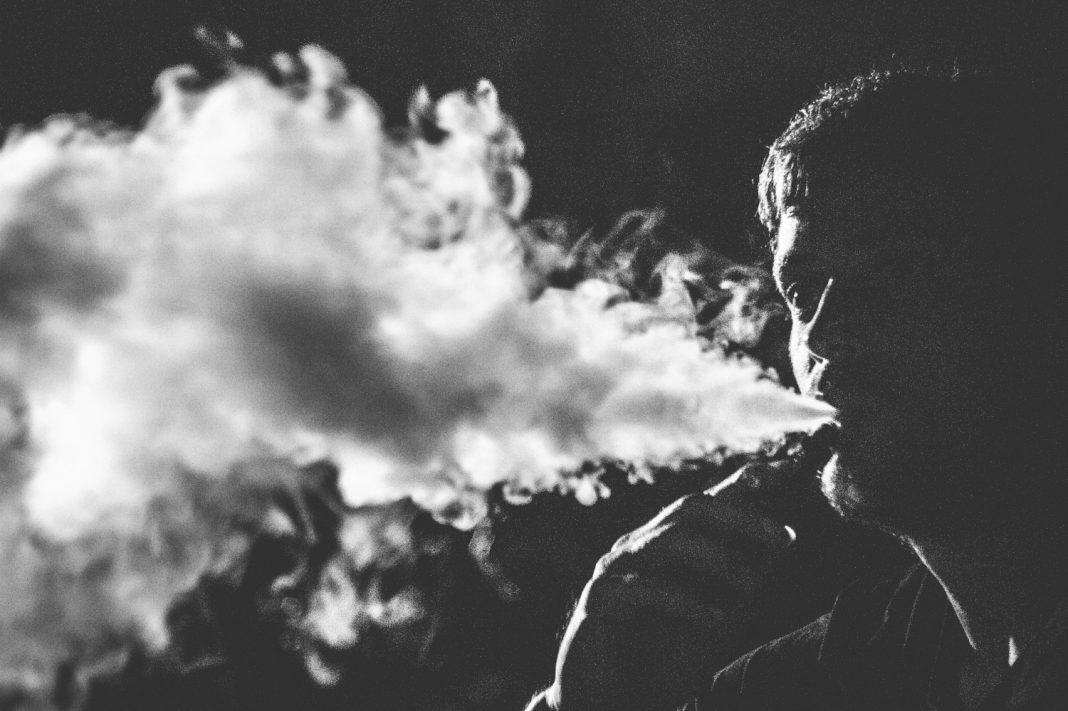 As of now, 18 people are reported to have died from vaping-related injuries and illness. Neither Mackenzie nor I know the dead personally, yet we can be all but certain that many people we do know—among the more than 10 million Americans who vape—have suffered damage to their lungs. As headlines continue to focus on vaping regulations and bans, talk of nicotine addiction treatment has fallen by the wayside. If America’s truly committed to changing the course of this health crisis, assisting the addicted will be crucial.

As clusters of the sick emerged, the Centers for Disease Control was sluggish to take action. The not-so-rapid response followed the first vape-linked death in Illinois in August. That month, the City of Milwaukee urged citizens to put down their vapes after 16 people in Wisconsin were diagnosed with vape-related pneumonia. In Massachusetts, a law to prohibit sale of vape devices (temporarily anyway) has been enacted. All the while, the nicotine addicted are still experiencing cravings, nagging reminders that it’s high time to inhale another dose. If the war on drugs taught us anything, it’s that prohibition treats a symptom without treating the disease itself.

Big Tobacco and Big Vape are largely one in the same now. While we don’t know definitively what’s triggered the clusters of more than 850 Americans with Acute Vape-Related Illness Syndrome injuries, we know the vaping data we do have was produced by vape-funded science projects and Big Vape-linked groups.

Why did it take so long to act? E-cigarettes were never confirmed to be safe—period—despite that they were marketed as being safer than smoking regular cigarettes. Inhaling an atomized mix of unknown and unregulated chemicals through sensitive membranes and into the beautifully hairy bits of the lungs has always been a bum idea. What was in those thick clouds of vapor anyhow? What would be the short and long term impacts on the body?

Big tobacco plied their e-cigarette addiction, and America fell for it all over again. It hooked a generation fast and hard as the myth of safe vaping netted killer profits.To help the millions addicted and afflicted by nicotine, we have to help them pick up a harm-reduction approach or quit altogether. This is the answer. It’s not complicated—or at least it shouldn’t be.

Over the past few decades the American Lung Association and Truth Initiative have worked tirelessly on nicotine cessation programming and public service campaigns on the dangers of smoking. Truth Initiative in paticular has sought to get through to teens with viral videos featuring internet celebs like Doug the Pug.

According to Kristen Johnson, a Masters of Public Health who leads community engagement at Breathe Life Healing Center, says the age of those afflicted was part of what helped the media and public take notice of the crisis. “When [Acute Vape-Related Illness Syndrome] case clusters popped up involving people of different ages, the crisis broke through the news cycle as a wake-up call to practice caution, take notice, and warn,” Johnson says. “Remember, this vape is safe momentum and dishonest silence crafted through press releases and bogus news stories demonstrate Big Tobacco at its finest. JUUL and others, haven’t just copied the playbook from Big Tobacco, it was passed down the hallway to them. They have blood on their hands, again.”

Banning vapes might seems like the obvious solution, but first and foremost we have to help the addicted break the cycle. Then we can hold accountable the companies that reaped billions while people suffered one at a time.

Brad is an addiction treatment advocate and founder of Breathe Life Healing Center. Mackenzie is a celebrated actress, a woman in longterm recovery, Breathe’s director of community, and an ex-vaper as of four months ago.