Home Health How Did the Vaccine Rollout Become Such a Wreck? 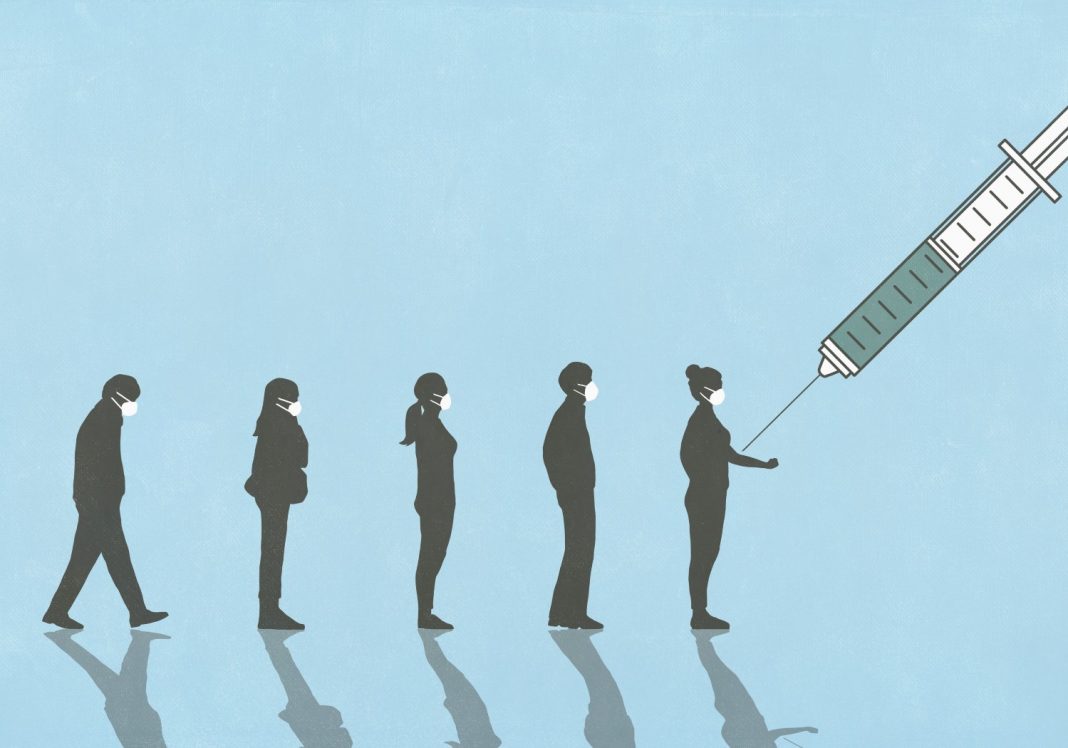 In December, when a pair of coronavirus vaccines received emergency approval from the U.S. Food and Drug Administration, there was a lot of enthusiastic talk about seeing light at the end of the tunnel.

That may ultimately prove true, but the figurative tunnel is turning out to be longer and darker than hoped. This is particularly the case in California, where conflicting messages have caused utter confusion about who can get a vaccine and when.

The situation is especially worrisome in Los Angeles. More than 600,000 cases of COVID-19 have been diagnosed in the county since the start of December. The countywide death toll is approaching 15,000.

It took numerous factors for the vaccine rollout to reach such a level of disarray. Here’s where things stand, what went wrong, and why change may be a ways off.

The rollout of the Pfizer-BioNtech and the Moderna vaccines has been slow in many parts of the state, but Los Angeles’ heightened caseload and high number of vulnerable people makes delays particularly disconcerting. By Tuesday, according to the L.A. County Department of Public Health, 271,000 county residents had received their first dose and 77,000 people had been given a second dose.

The county, by the way, has approximately 10 million residents.

One cannot overstate the federal government’s role in bungling the vaccine rollout. Former President Donald Trump never came close to achieving his promise to vaccinate 20 million Americans by the end of 2020. That comes as to no surprise to critics who castigated the administration for previous missteps related to testing, securing ventilators and PPE, and pushing mask wearing.

The situation is so bad that even officials who should know what is coming are throwing up their arms. Last Friday, at a vaccination event at Dodger Stadium, both Governor Gavin Newsom and Mayor Eric Garcetti seemed to have little information about when new doses would arrive.

The Washington Post that day reported that a purported federal stockpile of vaccine reserves did not exist.

On December 13, Newsom announced that Californians 65 and over could receive the vaccine. Senior citizens began desperately trying to sign up, but in Los Angeles County there was a problem: officials were still focused on vaccinating front-line healthcare workers.

Confusion reigned, and media reports were replete with stories about how some seniors received the vaccine, others were told they had to wait, and still other people made an appointment and got the shot even if they were under 65 or did not work in healthcare.

At his January 14 evening briefing Garcetti sought to provide clarity, stating that despite Newsom’s proclamation, in L.A. County vaccines were only being given to healthcare workers—he said approximately 1 million people in the county qualified for that designation—and seniors living in skilled nursing facilities.

“I’ve spoken with Angelenos who are frustrated by the long waits and sometimes the seemingly contradictory information that’s out there,” he said that evening.

The rollout to seniors 65 and up in L.A. County began on January 20, but is already being plagued by shortages.

One aspect of the current problem might have seemed impossible to predict: the number of people refusing the vaccine.

Some resistance was expected. Media reports have detailed both those on the far right who were always skeptical about COVID-19, and some members of the African-American community, where distrust of the medical establishment dates back to the infamous Tuskegee Syphilis Study that started in the 1930s.

But no one anticipated early reports that a sizable number of healthcare workers were saying no. Additionally, it has been reported that as many as 40 percent of Los Angeles Fire Department employees are not getting vaccinated. It’s to the point that the nonprofit LAFD Foundation is providing raffle prizes—including bicycles and Airbnb gift cards—to incentivize firefighters.

Those opting out are drawing attention, and are prompting everyone from Garcetti to Fire Chief Ralph Terrazas to Kareem Abdul-Jabbar to urge people to get vaccinated.

Dodger Stadium, which for months had been a testing hub, has been turned into a vaccination center. The county is opening five other vaccine mega-sites, including one at Six Flags Magic Mountain. Other people will get their shots at doctor’s offices or pharmacies.

Another option that could serve millions has been offered, but it remains to be seen whether it will be embraced. On Monday, Los Angeles Unified School District Superintendent Austin Beutner released a letter he sent to state and county health officials urging that hundreds of campuses be pressed into service as vaccination centers. He pointed to the community ties of the schools, the school nurses and other healthcare professionals who can administer vaccinations and watch for adverse reactions, and a data and technology system (built for a district-wide testing program) that can handle registration and scheduling.

Beutner, who also discussed the initiative in his weekly video address, painted the effort as vital to vaccinating school staff and getting students back in classrooms. He noted that other cities including New York have already begun vaccinating school employees.

The fact that Beutner publicly released the letter indicates that private conversations have yet to yield desired results. That’s not a surprise; the superintendent for months has been forcefully criticizing decisions that seem more focused on getting people into malls and card rooms than reopening schools.

If there is another reason progress has been slow, it’s because vaccinating 300 million Americans is a logistical Mt. Everest. This requires administering 600 million doses and ensuring that there is appropriate time between the two. Vaccines must be sent to large cities and small towns across the country, stored in mega-cold conditions and administered quickly after being pulled from the freezer.

“There’s no question that getting a vaccine, as it is right now twice, to every American, is the largest logistical undertaking that I’ve ever seen in my lifetime as an American,” Garcetti said last week.

Also, don’t underestimate the challenges that exist in a place the size of L.A. County; our 10 million residents constitute a population greater than that of 41 states. While the diversity of Angelenos and the breadth of languages spoken is part of what makes the region dynamic, it can also present hurdles when it comes to communicating vital information, such as how to get vaccinated.

The grand hope is that the inauguration of Joe Biden leads to speedy vaccine production and distribution. Biden for weeks has been laying the groundwork to supercharge the vaccination program.

Just don’t expect an immediate flip of the script. Supply is low throughout California. San Francisco health officials are warning that they could run out of vaccines as soon as Thursday.

In fact, progress in L.A. County may be choppy for the foreseeable future. While people 65 and older are now eligible to get a vaccine, the rush of traffic to the appointment website (vaccinatelacounty.com) caused it to crash for several hours this week.

Then there’s the shortage. The Public Health Department’s daily coronavirus report on Tuesday stated, “The vaccine supply is still extremely limited, and Public Health urges patience as we work urgently with our federal and state partners to expand capacity and supply in the weeks ahead.”

Monkeypox Has L.A. Sex Workers Fighting the Virus, and the Stigma