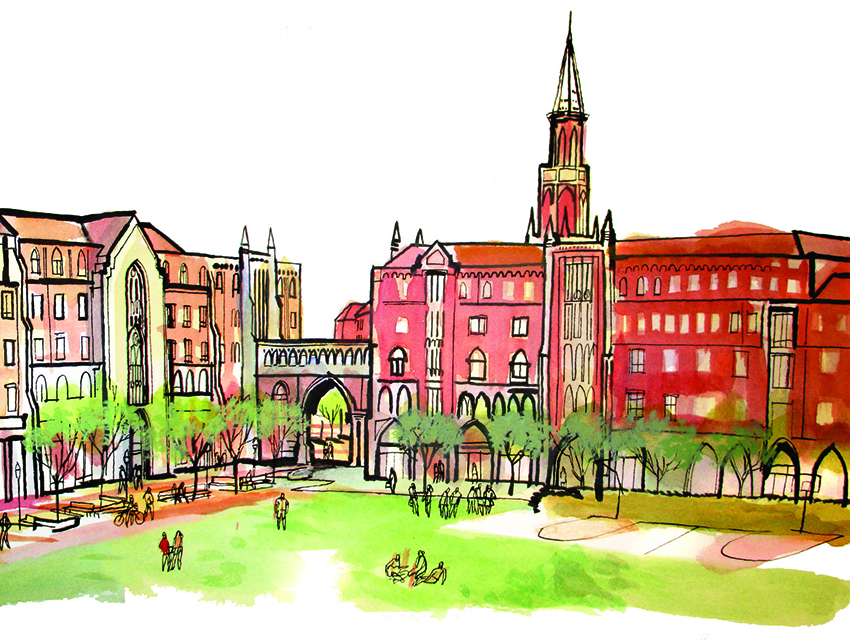 As architectural statements go, the message from USC Village, a cluster of mixed-use residential buildings along Jefferson Boulevard, is pretty direct: This is a school with ambitions as grand as its endowment. Though USC’s main performance space, Bovard Hall, set the tone for the campus when its Italianate campanile was completed in 1921, the pointed arches and spired clock tower of the new Village are less Veneto and more Mid-Atlantic. “The university’s always had a Collegiate Romanesque style,” says William Marsh, the school’s director of capital construction development. “But we were starting to move in a little more of a Gothic direction with the new administration under Dr. Nikias.” He’s referring to C.L. Max Nikias, for whom this $650 million project is the largest of several that have been carried out since he became USC’s president in 2010. Along with housing for 2,700 undergrads, the architectural firm Harley Ellis Devereux (see: the Americana at Brand) has designed the Village’s five main buildings with shops, study halls, a gym, and other modern-day requisites—all on the same 15 acres formerly occupied by a dowdy shopping center. The villagers themselves will arrive in fall 2017, just three years after the first shovel hit the dirt.