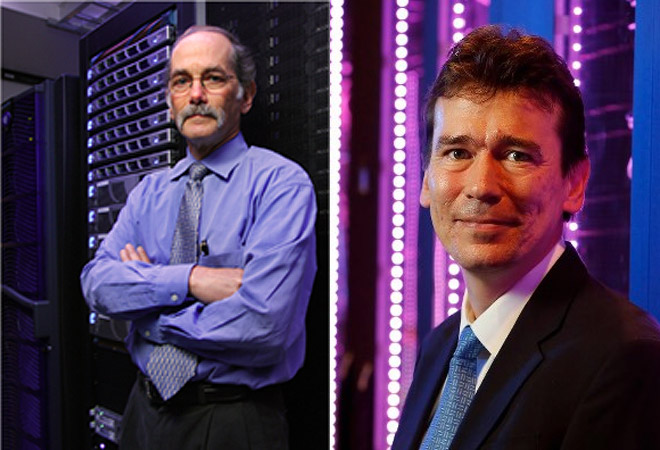 USC and UCLA’s crosstown rivalry has gone straight to the schools’ heads.

In an example of pedagogical poaching at its finest, two prominent UCLA brain researchers were lured to Trojan territory after USC promised them the moon and stars—and an expansion for their internationally acclaimed laboratory.

Arthur Toga and Paul Thompson, both of whom use various imaging methods to analyze Alzheimer’s disease, schizophrenia, and other disorders, are headed to USC with a slew of postdoctoral fellows, graduate students, and staffers who currently work in UCLA’s Laboratory of Neuro Imaging.

“Obviously there’s been a tremendous buzz about it all weekend, and I think that across the board, people feel that it’s going to be a big loss,” says Professor of Psychiatry and member of UCLA’s Semel Institute for Neuroscience and Human Behavior, Dr. Anne Andrews. “However, we have a couple hundred really strong Neuro labs at UCLA, and so I think that in the overall scheme of things, we’ll still be at the forefront of neuroscience.”

Toga and Thompson cited USC’s offers of additional funding, larger lab space, and the potential for hiring more researchers as their reasons for making the switch, though neither one sought a counteroffer from UCLA before accepting their new position. “It’s not uncommon for top researchers to be recruited or to move multiple times in their careers,” Andrews says. “That’s usually an indicator that they’re doing great work. In this case, Toga and Thompson are some of the top people in their discipline, and that’s why it’s a loss for UCLA. But sometimes in people’s careers they just decide that they need a change, and that’s kind of what it sounds like is happening in this case.”

As for Toga and Thompson’s switch in scholastic allegiance affecting their ability to work with former UCLA associates in the coming years, Andrews is confident it will not be an issue. “I fully expect they’ll collaborate with their colleagues at UCLA in the future.”

As Coronavirus Spreads, L.A. College Students Are Faced with a Spring Break Dilemma