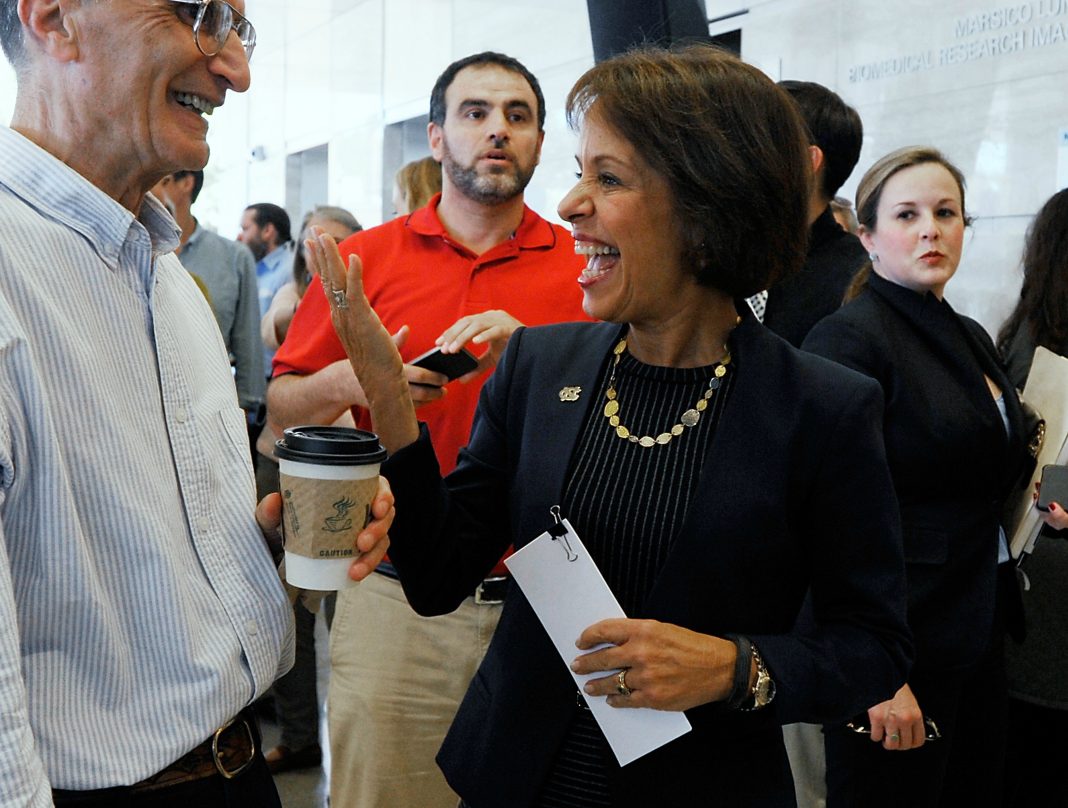 Scientist and educator Carol L. Folt will take on the role of USC president following board approval on Wednesday. In the university’s 139-year history, she will be the 12th permanent president and first woman to officially hold the job. Folt’s appointment is being perceived to be an attempt to turn over a new leaf for an institution that’s been mired in recent scandals.

Folt is seen as something of a reformer and advocate for good academic governance. As the Los Angeles Times reports, during her tenure as chancellor of the University of North Carolina, she oversaw investigations into widespread academic fraud and corruption carried out by the athletic department, and put strict new policies into place.

She gained national attention by using her position as chancellor to advocate for the relocation of a campus statue known as “Silent Sam.” The statue, which celebrated students who fought for the Confederacy, had become a locus of confrontation between student groups, and a source of considerable controversy. After taking that stand, the UNC Board of Governors pushed her out of her role at the public university several months prior to her planned departure.

Raised in Ohio, Folk picked up a bachelor’s degree in aquatic biology and master’s in biology at U.C. Santa Barbara, before going on to get her doctorate in ecology at U.C. Davis. After her postdoc studies, he joined the faculty at Dartmouth, and has been involved in education ever since.

With her appointment, she takes over from interim president Wanda Austin, who had been acting in the role since the departure of previous USC president C.L. Max Nikias, who held the role for eight years.

RELATED: How a USC Program Is Trying to Make Robotic-Assisted Surgeries Safer